Considering the fact that you’re reading a music publication right now, there’s a good chance you’ve seen a recording of The Beatles’ legendary final concert on the rooftop of their Apple Corps Savile Row headquarters back in 1969. But chances are you’ve never watched it on a screen the size of IMAX: the full rooftop concert will shown in select IMAX theaters 53 years to the day of the historic event — on January 30th.

Screenings of The Rooftop Concert — which is pulled from Peter Jackson’s recent Disney+ docu-series, The Beatles: Get Back — will be accompanied by a filmmaker Q&A, broadcast simultaneously via satellite. Sure, it’s not quite the same as having attended the rooftop concert in real life, but IMAX’s visual and sound quality will make this a pretty unparalleled experience.

On January 30th, 1969, The Beatles spontaneously previewed songs from their forthcoming final album Let It Be during the impromptu 42-minute rooftop gig. Before Metropolitan police eventually halted the performance, filmmakers captured nine takes of five songs: “Get Back,” “Don’t Let Me Down,” “I’ve Got a Feeling,” “One After 909,” and “Dig a Pony.”

“I’m thrilled that the rooftop concert from The Beatles: Get Back is going to be experienced in IMAX, on that huge screen,” Jackson said in a statement. “It’s The Beatles’ last concert, and it’s the absolute perfect way to see and hear it.”

Tickets for the one-hour special presentation on January 30th are currently on sale; get yours via IMAX’s website. Following the IMAX premiere, a global theatrical engagement will take place between February 11th and 13th.

What’s more, Jackson and Disney have announced that the entire Get Back docu-series will be available to purchase on Blu-ray and DVD in the US beginning February 8th (it’s currently still available to stream in full on Disney+, too). 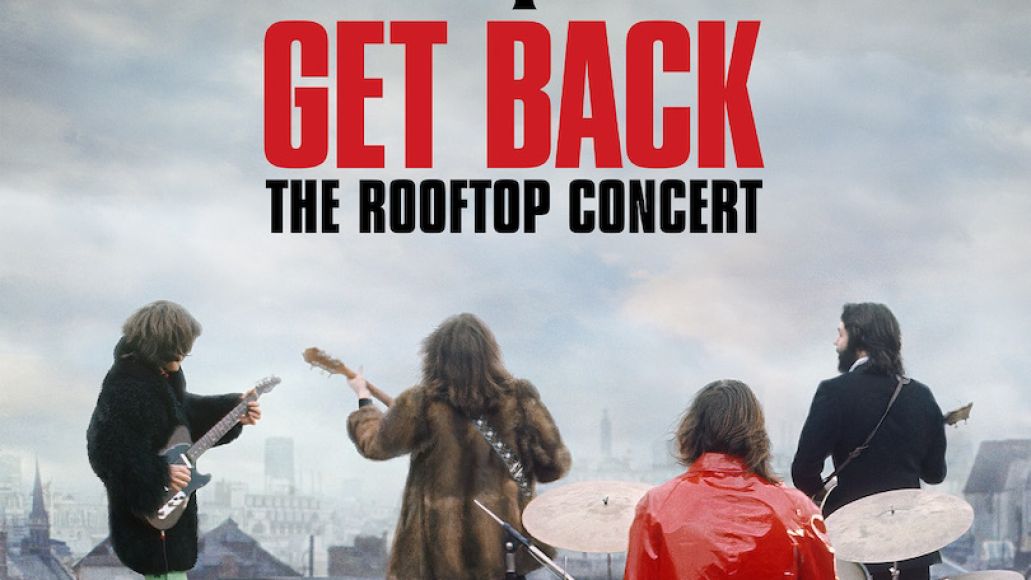 The Beatles: Get Back – The Rooftop Concert Coming to IMAX Theaters