Vio-Lence have returned with their first new song in 29 years, “Flesh from Bone,” from the upcoming Let the World Burn EP due out March 4th.

The Bay Area thrash band previously inked a record deal with Metal Blade after reuniting in 2019. Although Vio-Lence haven’t released new material since 1993, they’ve lost none of their ferociousness.

True to its title, “Flesh from Bone” is a ripper. As founding guitarist Phil Demmel explains, the track faithfully carries old-school riffage while incorporating some of the more modern stylings the guitarist employed as a longtime member of Machine Head.

“I wanted to keep some of those early Eternal Nightmare qualities intact but infuse a lot of what I’ve culled into my songwriting arsenal over the decades,” Demmel said in a press release. “‘Flesh From Bone’ has the frenetic picking/fingering riffs and the solo trade-offs that are pretty old-school, and I’m also wearing my influences on my sleeve with a few Exodus and Slayer inspired riffs.”

Regarding the characteristically brutal lyrics, frontman Sean Killian elaborated: “‘Flesh From Bone’ reflects on the true suffering of man during the dark ages of history. Laws and rules of people like Vlad the Impaler were not to be broken, if you did your sentence would be impalement, or worse. To die in battle was to suffer.”

Based in San Francisco, Vio-Lence rose to prominence in the mid 1980s alongside fellow Bay Area acts such as the Slayer, Exodus, and Metallica. Their 1988 debut, Eternal Nightmare, is considered a classic of the old-school thrash style, influencing newer bands such as Power Trip.

“For 34 years, a creation called Eternal Nightmare has been making memories for people around the world,” added Killian. “Now, it is time to create some new memories in 2022. I am very proud of the new music we created, and we are fortunate to have worked with some very creative people. Nothing too polished here, unless fragments of glass and broken razor blades are what you consider polished.”

The EP was tracked with Juan Urteaga at Trident Studios and mixed by Tue Madsen and famed engineer Ted Jensen.

You can pre-order the Let the World Burn EP via Metal Blade. Stream “Flesh from Bone” and see the EP art and tracklist below. 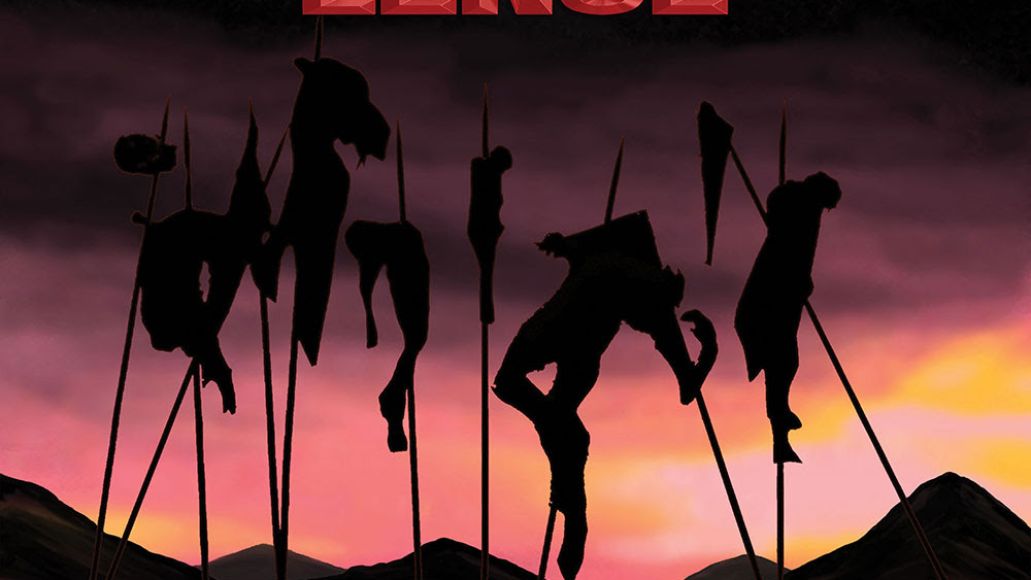