Update: Due to overwhelming demand, When We Were Young has announced a second date (10/23) and third date (10/29) featuring the exact same lineup (with the exception of Alex G replacing Wolf Alice on 10/29). The first and second dates are sold out, but a pre-sale for day three tickets begins on Monday, January 31st at 10:00 a.m. PT, with an general on-sale taking place on that same day at 2:00 p.m. PT.

Emo nostalgia festival When We Were Young is back, and it’s bringing all your favorite bands from the 2000s along for the ride. Going down on October 22nd (and October 23rd and 29th) at Las Vegas Festival Grounds, its absolutely stacked lineup is led by My Chemical Romance, Paramore, and Avril Lavigne.

There are almost too many other notable acts to name, but we’ll give it a shot. Making appearances are Jimmy Eat World, Bright Eyes, A Day to Remember, Bring Me the Horizon, and Car Seat Headrest, as well as AFI, The Used, Taking Back Sunday, Dashboard Confessional, Alkaline Trio, Manchester Orchestra, Pierce the Veil, and The Story So Far.

Other bands in the lineup include Thursday, Hawthorne Heights, The All American Rejects, Boys Like Girls, 3OH!3, Senses Fail, Acceptance, The Starting Line, State Champs, Four Year Strong, and The Wonder Years. Upstart acts like The Linda Lindas, jxdn, and LilHuddy will also take the stage.

Live Nation is promoting this year’s festival as “channeling the ultimate 2000s nostalgia for the angsty hearts of emo/alternative music lovers,” which is spot on given all the acts involved. See the poster below for the full lineup.

Pre-sales for general admission, GA+, VIP, and VIP Cabana passes begin on Friday, January 21st at 10:00 a.m. PT, with tickets opening up to the general public at 2:00 p.m. PT. Purchase your tickets pre-sale. 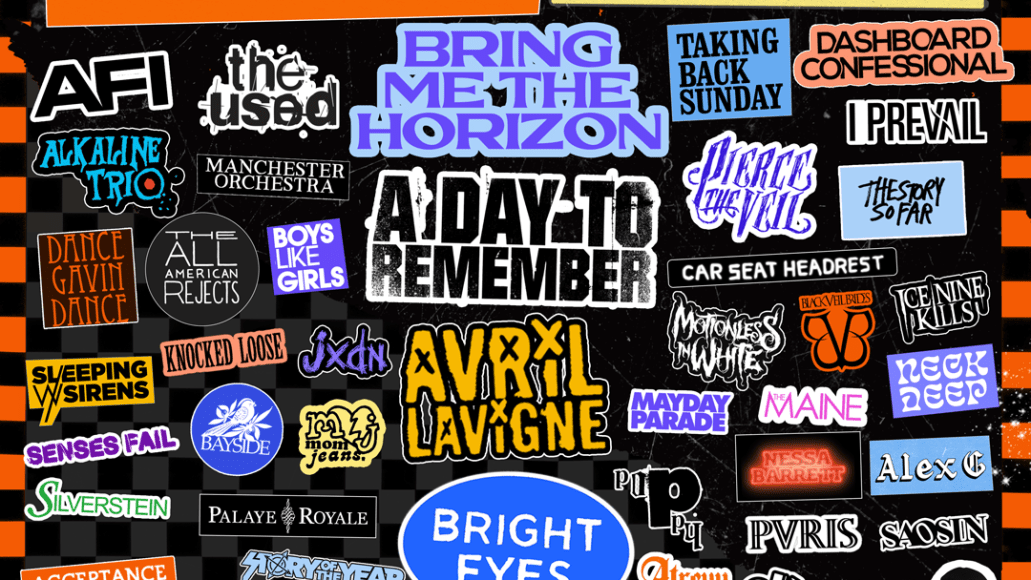 When We Were Young 2022 Lineup: My Chemical Romance, Paramore, Avril Lavigne, & More [UPDATED]