The Pitch: It’s the year 2050, and advances in artificial intelligence have led to a bright, bubbly utopia where robotic servants and maids see to our every whim, from cleaning our homes to, well, cleaning our pipes. But when one brand of security robots, the Yonyx (François Levantal), decides to take over and wrest control of Earth from humanity’s hands, the domestic robots of one suburban home decide to lock their humans inside their well-manicured domicile — for their own safety, of course.

As the hours and days pass, the unwitting hostages of domesticity — including divorced couple Alice (Elsa Zylberstein) and Victor (Youssef Hajdi) and their respective new partners Max (Stéphane de Groodt) and Jennifer (Claire Chust), daughter Nina (Marysole Fertard), Max’s bratty son Leo (Hélie Thonnat), their nosy neighbor Francoise (Isabelle Nanty) and her sex-bot Greg (Alban Lenoir) — bicker, flirt, and generally try to escape their gilded cage. All the while, their robots wonder if they, too, are human… or maybe more human than human.

Miroir Noir: Jean-Pierre Jeunet hasn’t released a film in nearly a decade: his last film, 2013’s The Young and Prodigious T.S. Spivet, was still trying to capitalize on the post-Avatar 3D craze. But the Oscar-nominated director of Delicatessen, The City of Lost Children, and Amelie is still one of France’s quirkiest, most idiosyncratic filmmakers, a man of almost childlike whimsy who loves to stretch the limits of his imagination and hope that the frame can contain all of his ideas.

Unfortunately, the constrained, Netflix-ready confines of BigBug just can’t handle everything he wants to do, leading to a futuristic comedy as overstuffed as it is deeply unfunny. 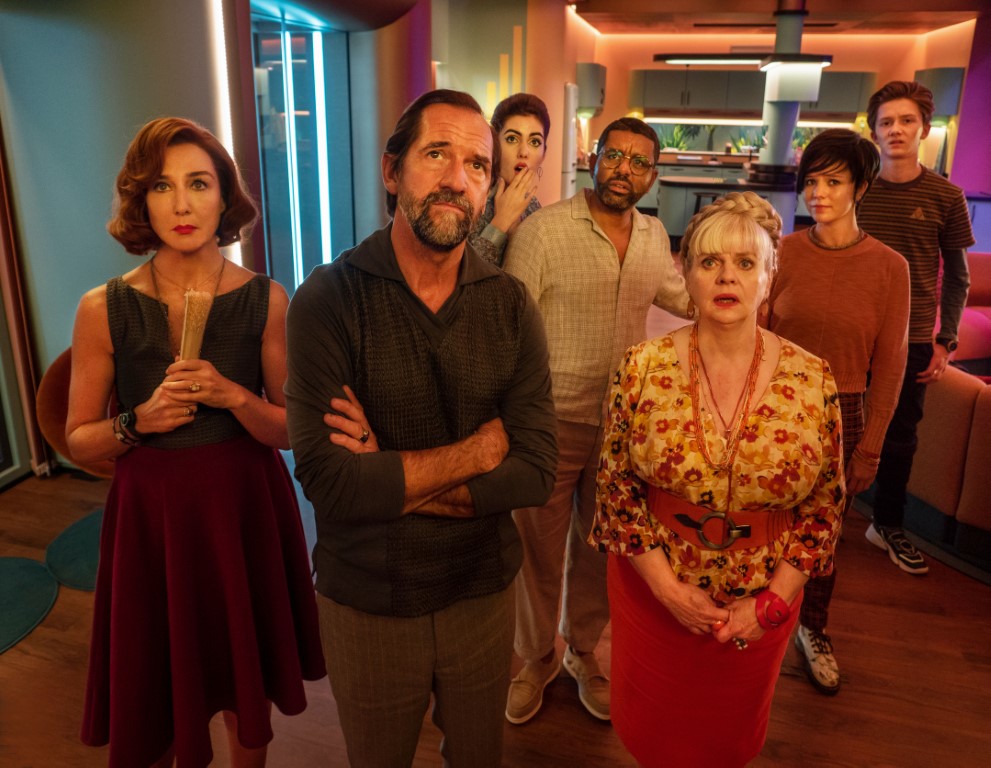