Billie Eilish knows how to fill the space around her. The 20-year-old has an enviable command over her stage, her audience, and herself. She’s a performer through and through, and her show at the Smoothie King Center in New Orleans on Thursday night (February 3rd) proved Eilish is only continuing to grow.

The concert was the first stop on Eilish’s “Happier Than Ever” world tour; on her 2020 “Where Do We Go? World Tour,” she managed to play only a handful of dates before it was postponed due to COVID. Most fans have waited years, then, to see Eilish sell out arenas, and she was not about to let them down.

The evening began with strobing lights, and the venue filled with screams. Drummer Andrew Marshall appeared first, and as the monitors went blindingly white, Eilish shot up from under the stage, ready to deliver her first proper tour date of 2022.

The stage was set up ideally for Eilish’s signature visual manipulations: multi-leveled and matte black, with a ramp that descended to the lower level, and a runway that allowed her to get up close with her crowd. Marshall and her brother and main collaborator Finneas mainly stuck to the upper level of the main stage, while Eilish moved freely around the triangular stage (and eventually soared over the audience in a crane). 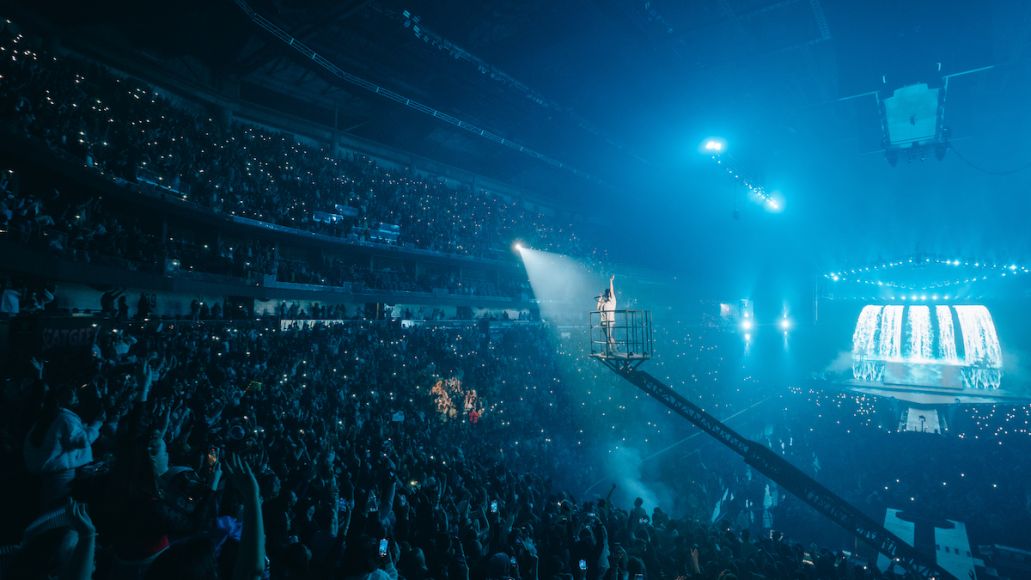 Billie Eilish Kicks Off "Happier Than Ever Tour" in New Orleans: Recap + Photos