“Cliff Burton Day,” the annual commemoration of the late Metallica bassist, will be celebrated with a livestream on February 10th — what would have been the metal icon’s 60th birthday.

Cliff Burton’s family shared news of the livestream on their Facebook page, as well as Cliff Burton Day merchandise. New T-shirts — including a Benante-approved “Pancake” shirt featuring Cliff and a stack of flapjacks — and a Cliff action figure are now available to pre-order at this location. All proceeds go towards The Cliff Burton Music Scholarship Fund.

Burton played bass on Metallica’s first three albums — Kill ‘Em All, Ride the Lightning, and Master of Puppets — all considered legendary works of thrash metal. Tragically, Burton was killed in a bus accident while the band was on tour in Sweden on September 27th, 1986. Jason Newsted took over Metallica’s bass duties with the blessing of Burton’s family.

In other Cliff news, Faith No More’s Mike Bordin — who’s set to appear on the livestream (and played in the pre-Metallica band EZ-Street with Burton) — recently helped aid in the return of a priceless item: the bassist’s favorite Dawn of the Dead t-shirt. Burton could often be seen performing in the shirt, which was finally returned to Burton’s family in remarkably well-kept condition after 35 years.

You can stream the Cliff Burton Day livesteam when it goes live below via YouTube. See pics of the new merchandise below. 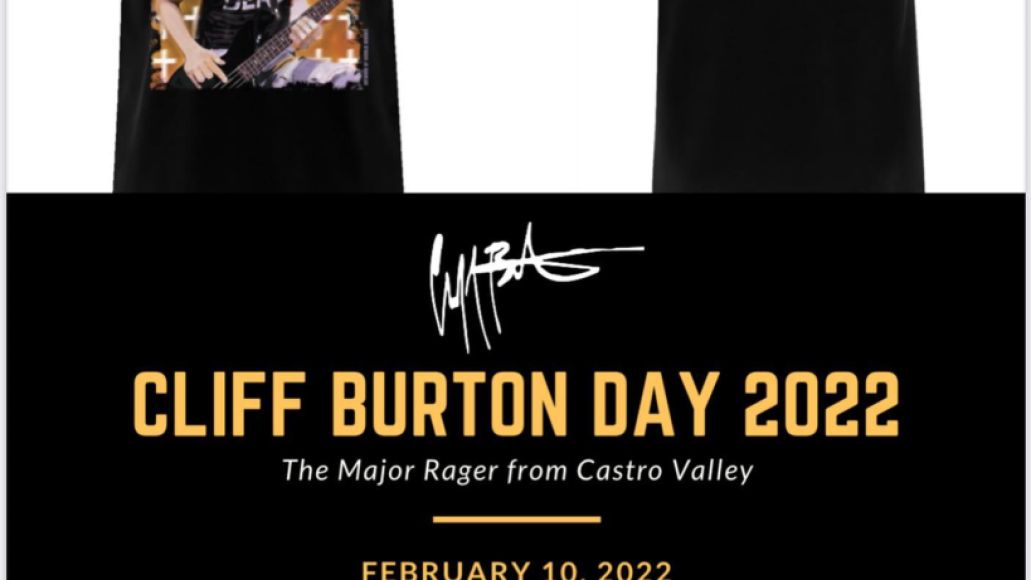 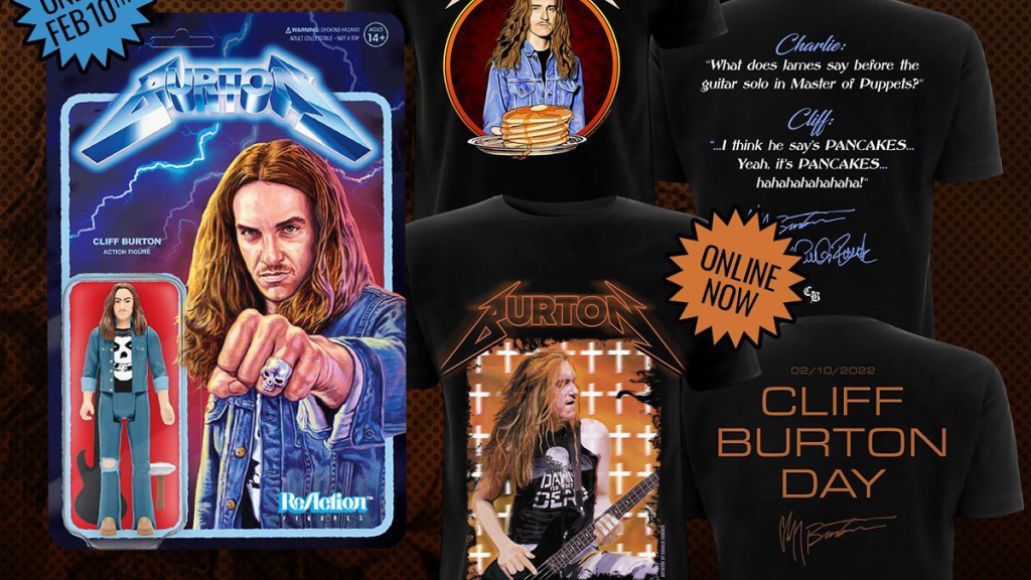