Converge and Chelsea Wolfe have announced their first US live dates supporting the collaborative Bloodmoon: I album.

The pair of shows are set for Boston and New York City on April 9th and 10th, respectively. Caspian and an as-yet-unannounced act will support the Boston date at Roadrunner, while Caspian and Liturgy will open the NYC show at Brooklyn Steel. Tickets go on sale Friday (February 4th) at noon ET and can be purchase via Ticketmaster.

The shows will mark the first time “Converge Bloodmoon” — as the supergroup is being billed — will take the stage together on US soil to perform the new material. In addition to the members of Converge and Wolfe, the cast is rounded out by Stephen Brodsky (of Cave In) and Ben Chisholm (Wolfe’s longtime collaborator).

The origins of the musical partnership stretch back to the 2016 Roadburn festival. The Dutch fest saw an early version of the collaboration, with the seven-piece performing revamped Converge material under the Blood Moon moniker.

The artists’ busy schedules wouldn’t clear again until 2019, when they convened to record. Sessions took place at Converge guitarist Kurt Ballou’s God City Studio in Salem, Massachusetts (with Ballou producing), until the pandemic forced the record to be finished remotely.

The resulting LP, Bloodmoon: I, dropped late last year and garnered widespread praise. It placed prominently on our ranking of the top heavy albums of 2021.

Converge Announce 2022 US Tour with Full of Hell, Uniform, and Thou

Prior to the Bloodmoon shows, Converge will hit the road in March for a short US tour with a stacked lineup featuring Full of Hell, Uniform, and Thou. The trek kicks off March 10th in Philadelphia and wraps up on March 20th in Detroit, sticking mostly to the East Coast and Midwest. Get tickets here.

See the poster for the upcoming “Converge Bloodmoon” shows below. 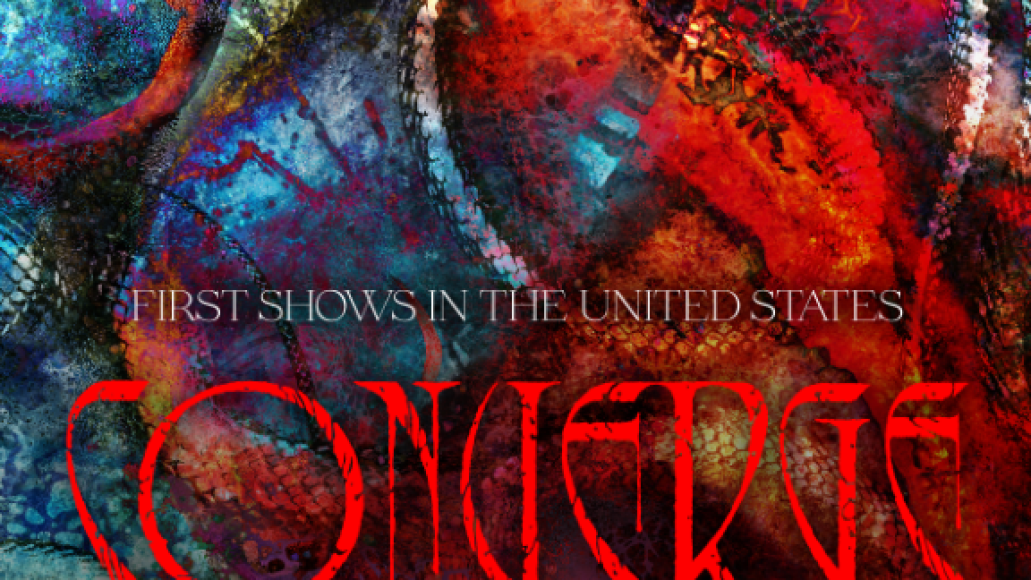