Slipknot frontman Corey Taylor has announced a new EP of cover songs and acoustic tracks. The nine-song effort, titled CMFB…Sides, arrives on February 25th, and features the just-released first single “On the Dark Side.”

CMFB…Sides follows Taylor’s 2020 debut album, CMFT, and includes acoustic versions of two songs from that LP: “Halfway Down” and “Kansas.” For the most part, the EP is comprised of cover songs, including Taylor’s takes on Metallica’s “Holier Than Thou,” Dead Boys’ “All This and More,” and KISS’ “Got to Choose.”

The single “On the Dark Side” is a cover of a song by John Cafferty & The Beaver Brown Band, and fans have already heard Taylor’s version of “Holier Than Thou,” as it was included on the multi-artist compilation The Metallica Blacklist.

A live medley of “Home” / “Zzyxz Rd” from Taylor’s 2020 “Forum or Against’ Em” livestream concert is also included on the EP, and will be made available on YouTube beginning Monday (February 14th).

Taylor is also very busy with Slipknot. The masked metal masters will embark on a two-leg 2022 edition of their “Knotfest Roadshow” tour this spring, with tickets available here. The singer also confirmed that a new Slipknot album will be released sometime this year.

Check out Corey Taylor’s covers of John Cafferty’s “On the Dark Side” and Metallica’s “Holier Than Thou” below, followed by the EP artwork (featuring Taylor and his solo band in KISS makeup) and tracklist. Pre-order the CMFB…Sides EP here. 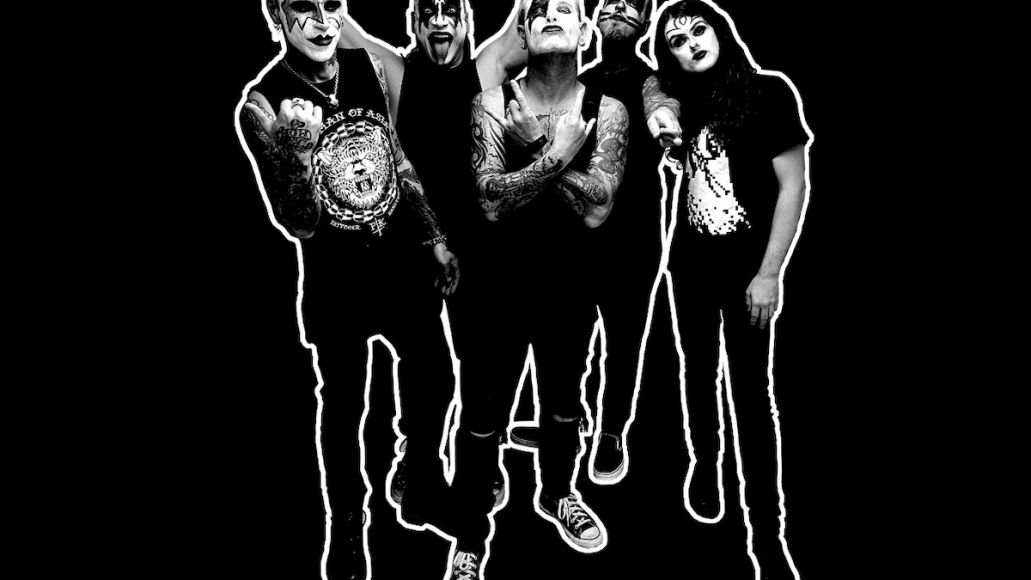