The outing kicks off April 28th in Brooklyn, New York, and wraps up on May 28th in Spartanburg, South Carolina. Destruction will then appear at Maryland Deathfest the following day (May 29th) in Baltimore. You can buy tickets to the main tour dates via Ticketmaster.

“Yes — we are super thrilled: the first tour of the new record, Diabolical, will kick off in North America!” remarked Destruction’s Schmier in a press release. “We could not tour there on the last album because of the pandemic, so we made it a top priority to return as soon as the circumstances would allow us, to play for our American fans again!”

He added: “We are bringing our friends Nervosa along — they are a perfect match! We toured together before and the pits were smoking! They also haven’t toured in the USA or Canada in a long while. This is a killer package and we are super excited! See you all for a serious beating!!!”

Destruction are celebrating their 40th anniversary this year. Best known for their genre-defining string of ’80s albums — Infernal Overkill, Eternal Devastation, and Release from Agony — the German thrashers have maintained a remarkable prolificacy over the years. Diabolical will be the band’s 17th studio album.

You can pre-order Destruction’s new album Diabolical here. See the full list of the band’s upcoming tour dates below and get tickets at this location. 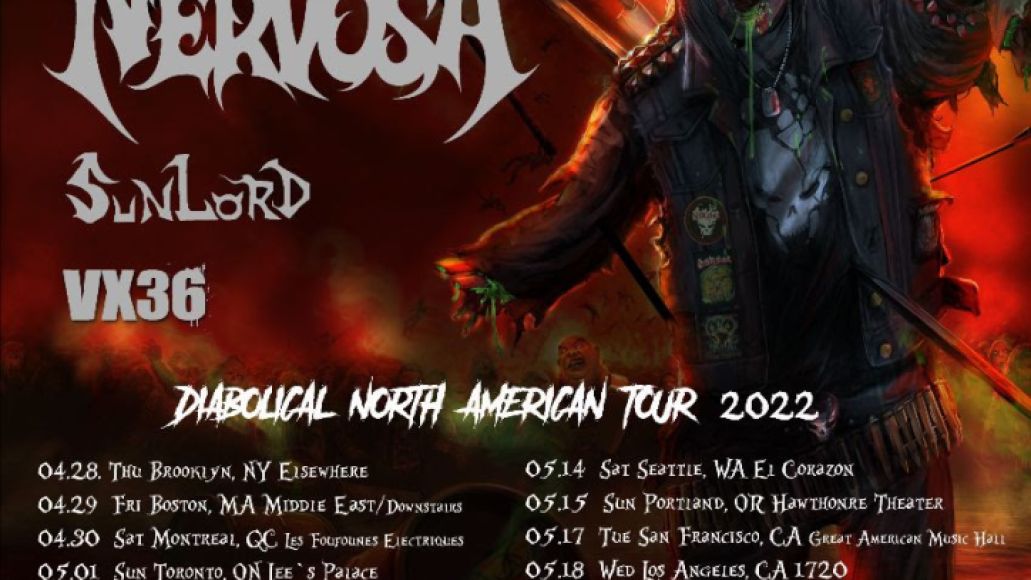