Killing Joke have announced the Lord of Chaos EP and shared the title track — the band’s first new song in seven years.

“Lord of Chaos” picks up where Pylon left off with a heavy industrial-rock sound. Frontman Jaz Coleman’s iconic, haunting vocals are front and center, backed by saturated slabs of guitar and bass. The song’s lyric video puts images to Coleman’s stark lyrics: “All things must pass, oceans bereft of life / A fungal bloom allows no light, the depths no longer rise.”

“I’ve never known anything like the time we are living in now; not since the Cuban Missile crisis but now in comparison we have multiple flash points,” Coleman remarked in a press release. “Lord of Chaos is about complex systems failure, when technology overloads and A.I. misreads the enemies’ intentions.”

The press release also teased the band’s forthcoming full-length album: “[The songs] set the tone for the band’s next studio album, currently being worked on in Prague.”

The Lord of Chaos EP is set to be released on vinyl, CD, and digital. You can pre-order the latter format here.

Watch the lyric video for “Lord of Chaos” below and see the EP art and tracklist below. 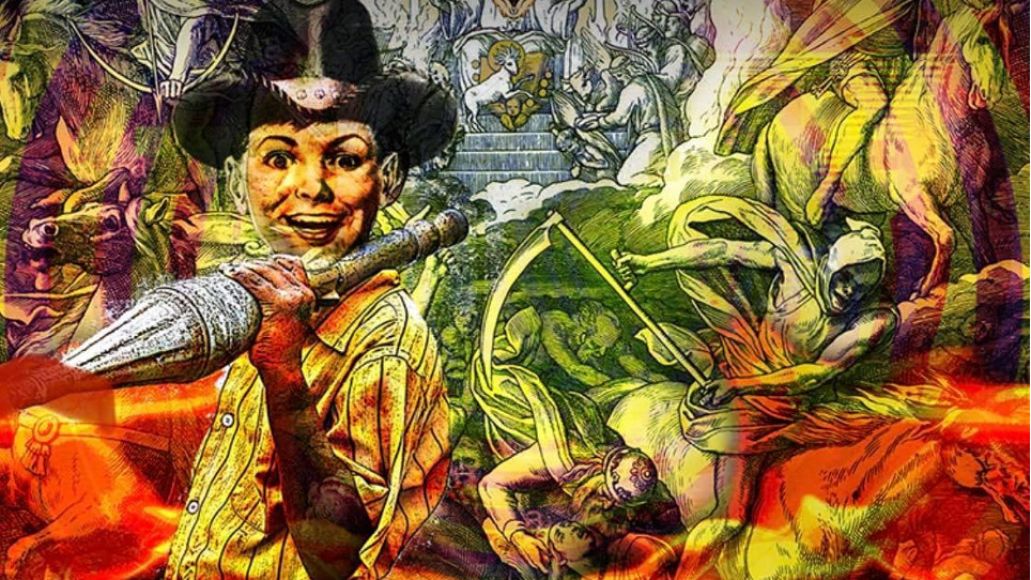