The Pitch: It’s a tale as old as time — ultra-famous star finds herself in a situation where she gets to encounter a “real guy,” and is so charmed by him that an unlikely love story is born. Okay, maybe it’s not as old as time, but the premise has been around for a few decades, and it’s only fair that Jennifer Lopez, a loyal soldier in the fight to keep romantic comedies alive, get her shot at it.

The World’s Most Public Meet Cute: Marry Me has one major advantage going for it: With the full wattage of Lopez’s star power turned up to 11, no heavy lifting is required in convincing the audience that “Kat Valdez” is a huge global celebrity, with a Vitamix promotional deal and a massive live-streamed concert coming up to promote her new single “Marry Me,” which will also serve as her wedding to Bastian (Maluma), a fellow pop star and her current boyfriend.

Unfortunately, moments before she goes on stage in a poofy-as-hell wedding gown, Kat learns that video of Bastian cheating on her with her assistant has been posted online, and after a very long speech about breaking out of established patterns, Kat happens to see Charlie (Owen Wilson) standing in the crowd, holding a “Marry Me” sign… and takes that as a signal to say “Why not?”

The reason Charlie is at the concert is that his co-worker Parker (Sarah Silverman, locked into “supportive best friend to a rom-com lead” mode like the pro she is) convinced him to come with her and bring his tweenage daughter Lou (Chloe Coleman), who is currently reaching an age where she finds her father to be very uncool.

Getting married to a pop star in front of millions of people does change Lou’s opinion of him, but Charlie doesn’t really have time to appreciate that initially, thanks to being thrust into Kat’s world of fame. 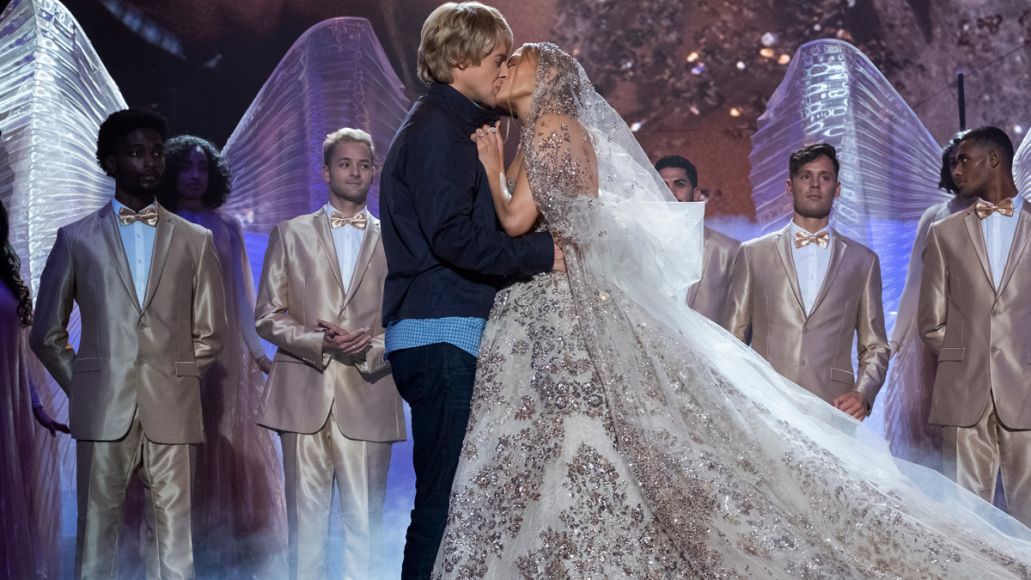