Palberta’s Lily Konigsberg and Water From Your Eyes’ Nate Amos have formed a new band called My Idea. Their debut album, CRY MFER, will be released on April 22nd via Hardly Art.

My Idea have a bit of a chaotic origin story, and CRY MFER is no different. Konigsberg and Amos first teamed up in fall 2020, when the former sought the latter out to produce her solo record. Soon enough, their relationship became more collaborative — and toxic. “We definitely were like, oh, maybe we’re in love?” Konigsberg recalled in a statement. Recorded right before the Palberta singer-guitarist got sober, the pair — who are now best friends — used CRY MFER to get drunk and challenge each other emotionally and musically. “Thank God we’re not those people [anymore],” Konigsberg said.

Despite its heavy subject matter, CRY MFER’s title track is light and minimalistic. “I was needing something in all my life,” Konigsberg chirps, as a staccato guitar line loops. That something, the singer says, was sobriety. “In the moment I thought I was needing a big life change and shift, like I had been stuck in something, and I was right, I just went about it in a very wrong way,” Konigsberg said. “And now the thing that I’m needing, I’m getting, actually, which is through being sober and getting my life together. I was telling myself a lot of stuff through those lyrics that was subconscious. I thought I was talking to other people, but I was talking to myself.”

Watch the video for “Cry Mfer” below, and pre-order the album here.

My Idea have a few East Coast shows coming up: they’ll play Brooklyn’s TV Eye with Parquet Courts’ Andrew Savage on February 4th, and in April, the duo will hit Tubby’s in Kingston, The Broadway in Brooklyn, and the University of Hartford in Hartford, CT. 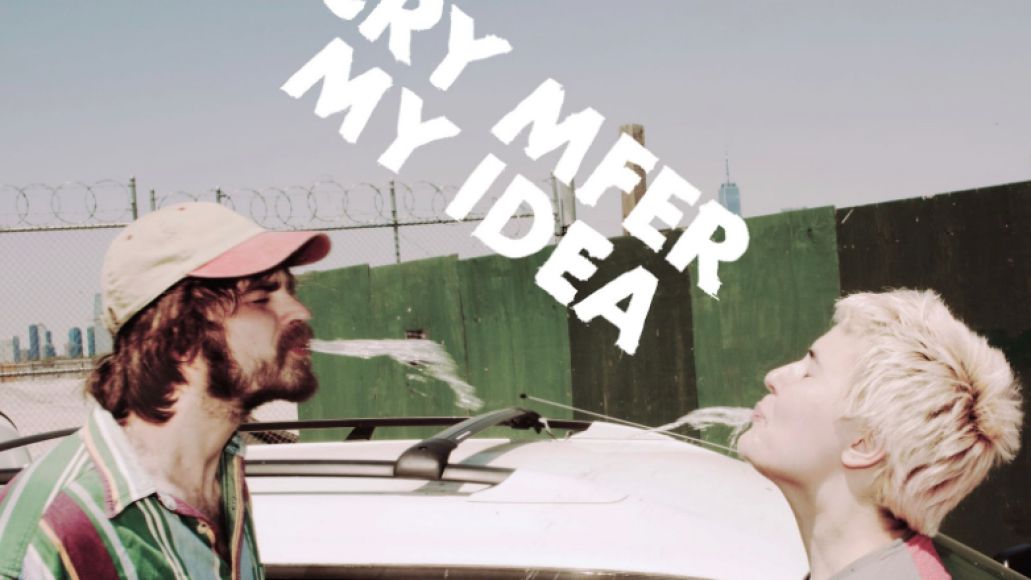