NOFX are set to headline four separate dates of their Punk in Drublic Craft Beer & Music Festival this spring.

The bill varies by each city, with NOFX headlining all dates. The most recently announced lineup on May 7th in Sacramento features a stacked bill including Pennywise, Face to Face, The Bouncing Souls, The Bombpops, Get Dead, and more. Other dates include Me First and the Gimme Gimmes, T.S.O.L., and more notable punk acts.

Tickets for Punk in Drublic Sacramento go on sale Friday (February 11th) at 10 a.m. PT via Ticketmaster, with a pre-sale beginning on Thursday. Passes to other three dates are available through the festival website.

“I’m really looking forward to playing these shows for many reasons,” commented NOFX’s Fat Mike in a press statement. “I literally spent minutes calling bands and putting this line up together… So if you’re gonna go to one punk show this year… Go to one of these, they’re outdoors!“

The fest takes its namesake from NOFX’s seminal 1994 album Punk in Drublic. The event’s promoter, Brew Ha Ha Productions, has been running the touring festival since 2017 with NOFX in the starring role.

“Punk in Drublic is one of the best touring festivals on the planet right now in my opinion,” commented Brew Ha Ha’s Cameron Collins, the festival co-creator. “It’s pure, it’s organic and it’s everything punk rock should be. We’ve been doing it since 2017 and though we had a crap 2020 like everyone else with the pandemic, PID is back and better than ever. I can’t wait to get back out there with our people!”

See the lineup poster for Punk in Drublic Sacramento below. 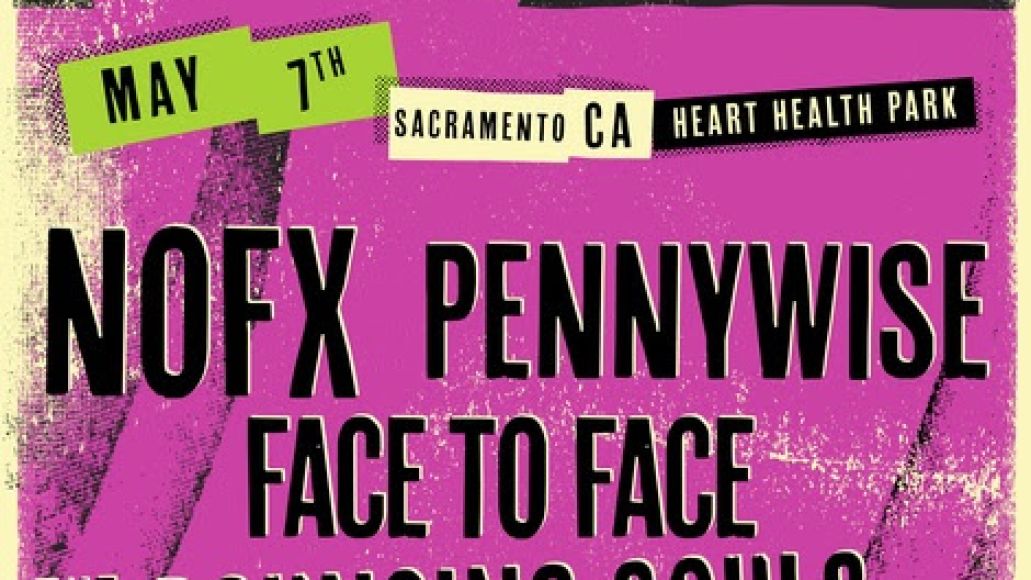