The Pitch: Stepping off a Greyhound bus just outside the sleepy town of Margrave, Georgia, hulking, nomadic ex-Marine Jack Reacher (Alan Ritchson) finds himself arrested by the local police, suspected of a brutal murder the night before.

He quickly makes a strong case for his innocence, but finds himself embroiled with the local PD — including fussy big-city detective Finlay (Malcolm Goodwin) and tough-as-nails deputy Roscoe (Willa Fitzgerald) — who clock his expertise and knack for getting himself into (and out of) trouble.

Together, the three attempt to piece together who really killed that man, unraveling a deeper conspiracy that runs them afoul of everyone from white nationalists to Venezuelan cartel enforcers. But not to worry: Reacher’s got it under control. Just look at him!

The Killing Floor: This isn’t the first time the character of Jack Reacher (a creation of novelist Lee Child, who’s written twenty-seven books about the guy) has been adapted to the screen. Just look back a few years, and you’ll see two serviceable-to-good action thrillers starring Tom Cruise in the role.

But while Cruise got the wily, calculating nature of Reacher right, there was just one problem: the chief appeal of Reacher as a character isn’t just his superb fighting skills or his Sherlock Holmes-style situational awareness, but the fact that he’s also a big ol’ hungus chungus.

For Prime Video’s latest series, Reacher, Scorpion creator Nick Santora goes back to the drawing board and redraws the character in all his outsized dimensions, stretching out Child’s debut novel Killing Floor into an eight-episode reintroduction of the character. And what a bow it is, a fist-flying action-adventure series that keeps its towering titular character center stage. 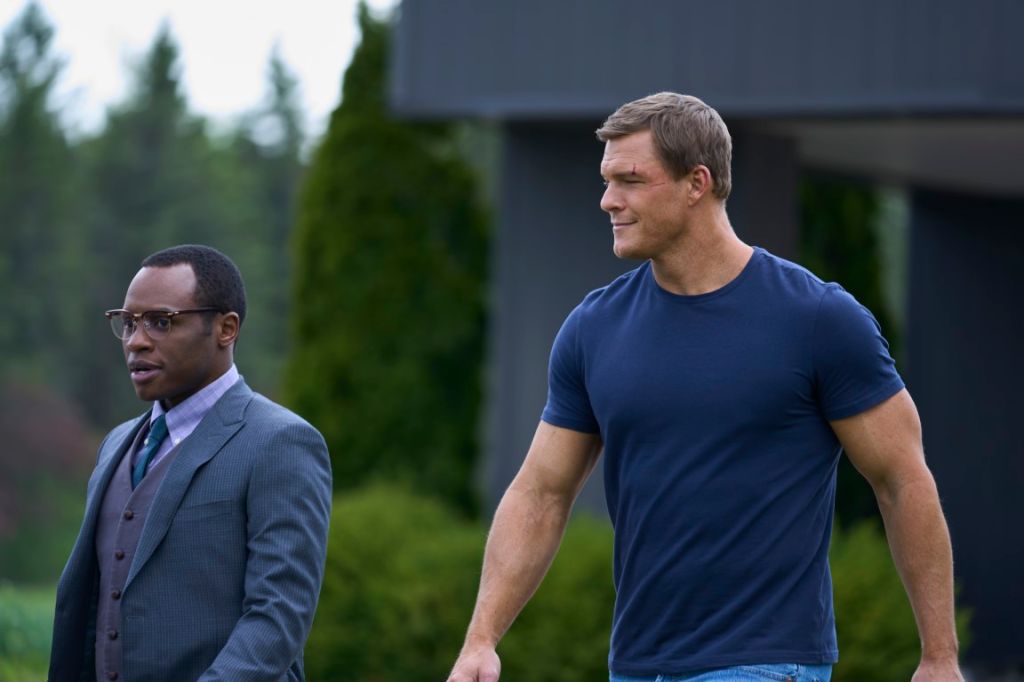