Less than a year after their song “Racist, Sexist Boy” brought Riot Grrrl back to the cultural consciousness, teenage punks The Linda Lindas have readied their first full length album. Growing Up arrives April 8th on Epitaph Records, and the title track is out now.

After earning a first-rate musical education from the likes of Dum Dum Girls’ Kristin Kontrol at Girls School LA and producer Carlos de la Garza (Paramore, Best Coast, Bad Religion, and also father to two band members), The Linda Lindas — Lucia (14), Eloise (13), Mila (11), and Bela (17) — cut their teeth with gigs around LA. A recording from one of those shows — “Racist, Sexist Boy” at the LA Public Library — went viral, and the rest is history.

Soon enough, the quartet was performing on Jimmy Kimmel, signing to punk mainstay Epitaph, and recording an entire album. The result, Growing Up, sees the group address the perfect punk rock subject matter with syrupy hooks and guitar crunch.

In that vein, chugging power chords fuel the title track, a zippy ode to the joys of growing up with a girl gang by your side. Singer-guitarist Lucia revels in the band’s secret club dynamic, happily singing of whispering under the table and dancing until they all pass out. The track’s music video, directed by Humberto Leon, plays on the group’s love of cats (check out previous single “Nino,” an ode to Bela’s black beast) by shooting the group from their pets’ eye level. Nino, Lula, Harold, and Golden all play a role in the clip, but the cutest part is their likeness painted on the girls’ eyelids, which brings a whole new meaning to the term cat eye. Check it out below.

Growing Up hits streaming services April 8th, while physical copies become available June 3rd. You can pre-order the album here. Since sharing “Nino” and previous single “Oh!,” The Linda Lindas teamed up with Best Coast for the song “Leading,” which we named Song of the Week. Later this year, the band will open for The Beths and Jawbreaker on tour, and play the so-stacked-it’s-suspicious When We Were Young Festival. See the band’s full list of tour dates below, and grab tickets to their shows via Ticketmaster. 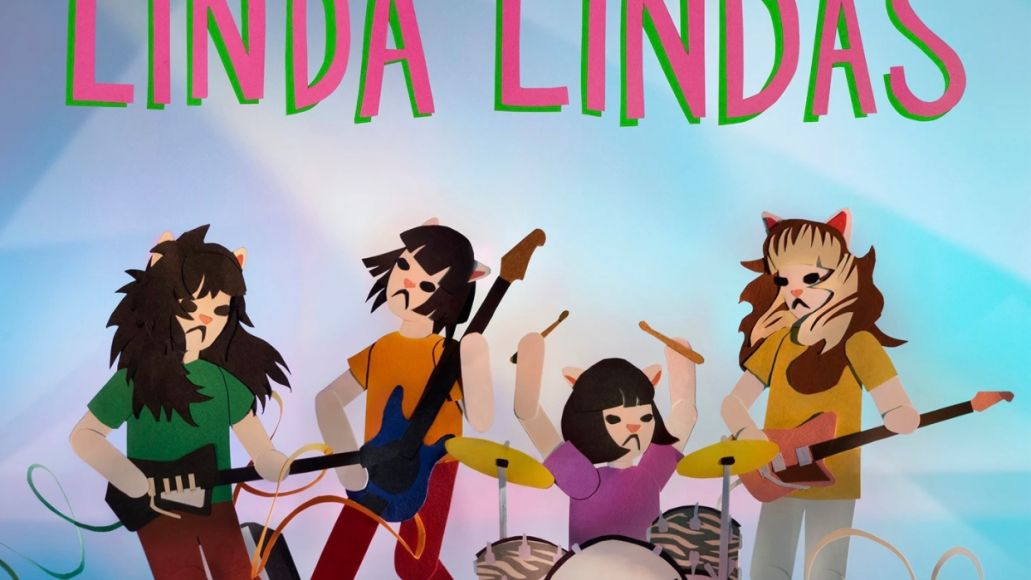