The Pitch: Baz Luhrmann, the Australian maximalist behind such audaciously stylized films as Moulin Rouge! and The Great Gatsby, has taken on his first biopic, and it’s a monster. Although a few attempts have been made at dramatizing the life story of Elvis Presley, most notably Kurt Russell in John Carpenter’s 1979 film also titled Elvis, Luhrmann’s movie is by far the biggest and boldest yet, with an $85 million budget dwarfing every other Presley biopic combined.

Austin Butler, a 30-year-old actor who made his name with several teen and tween-friendly TV roles on the Disney Channel and The CW, is the unlikely star of this massive biography of the King of Rock’n’Roll. An Anaheim native whose most prestigious previous project was a small role as a member of the Manson Family in Once Upon A Time In Hollywood, Butler beat out far bigger names like Miles Teller and Harry Styles to land the role of a lifetime. And in Elvis, he undergoes an impressive transformation into the kid from Tupelo, Mississippi who changed popular music forever.

Tom Hanks plays Colonel Tom Parker, the manager who engineered Presley’s rise to global fame in the 1950s, but was widely accused of financial malpractice and a general disregard for Presley’s best interests, leading to the singer’s untimely death in 1977. Parker is both the story’s villain and its unreliable narrator, and we largely see the story through his eyes, even as the screenplay, co-written by Luhrmann, unsubtly reminds us over and over not to trust his account.

All Shook Up: Even the most celebrated music biopics, from Bohemian Rhapsody to The Doors, have been taken to task for playing fast and loose with the facts. But when Baz Luhrmann was hired to tell Elvis Presley’s life story in 2014, it was clear that historical accuracy was not the top priority.

A year earlier, the marketing firm Authentic Brands Group had purchased the rights to Presley’s image and intellectual property, with an eye on making Elvis hip and profitable with a new generation of consumers. And Luhrmann, whose melodramatic and music-filled films have spun off multi-platinum soundtrack albums for Moulin Rouge! and William Shakespeare’s Romeo + Juliet, was a shrewd choice to assist in that mission. 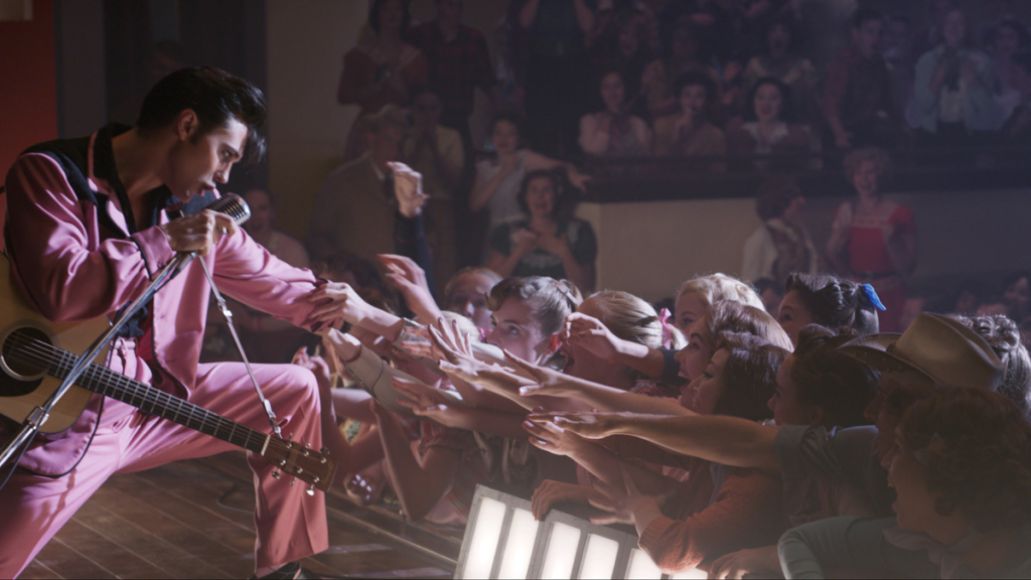 Elvis Review: Baz Luhrmann's First Biopic Is Not As Absurd and Ahistorical As You Might Expect