The Pitch: Right from the jump, thanks to the voiceover of Noah (Joel Kim Booster) and a carefully planted copy of Pride and Prejudice, Fire Island tells you what it’s going to be — a retelling of the Jane Austen classic tale, relocated to a place and time that Jane Austen would have had a very hard time imagining: the titular gay party mecca centered in the hamlets of Cherry Grove and Fire Island Pines.

Noah and his friends (including Matt Rogers, Tomás Matos, and Torian Miller) are making their annual trek to the island for a week of fun, sun, drugs, dancing, and most importantly — hooking up. But this year, things are a bit different. For one thing, their beloved adoptive mom Erin (Margaret Cho) has to sell her house on the island soon, giving this trip an air of finality. And also, Noah has a mission: To make sure his bestie Howie (Bowen Yang) hooks up before he does, despite Howie being more interested in “that rom-com crap.”

As the gang dives into the Fire Island party scene, Howie quickly makes a connection with the handsome, rich, and charming Charlie (James Scully) — but Noah isn’t initially as charmed by Charlie’s standoffish and sometimes rude friend Will (Conrad Ricamora), who does not approve of Noah and his friends’ antics. As Howie and Charlie grow closer together, though, Noah starts to see something in Will — when he isn’t trying to clean up after his friends when they start throwing up into vases…

Those Who Do Not Complain Are Never Pitied: Even once you figure out all the character parallels between the characters of Fire Island and Pride and Prejudice, the narrative still manages to drop in a few surprises, if only in how it translates certain elements of the original story for a modern era. It helps that the rules of class embedded in Regency-era society correspond pretty nicely to certain innate prejudices within the gay community, with a premium put on personal wealth and physical attractiveness — Regency-era men worried more about the shape of their calves than the definition of their abs, but the correlation works.

Andrew Ahn (Spa Night, Driveways) directs from a script by Booster, and together the two of them manage to bring out the particular magic that makes Fire Island so special to these guys, from the exuberant nightclub scene to the beautiful sunsets. But what truly anchors the film and elevates it above similar attempts to transplant Austen to different times and places is the way that it keeps the action heartfelt and character-focused. From the beginning, Noah’s group of friends is a clear correlation for Austen’s unruly and embarrassing Bennet sisters and mother, but by the end of the film it doesn’t even feel necessary to include the “found” in “found family” when referring to them. 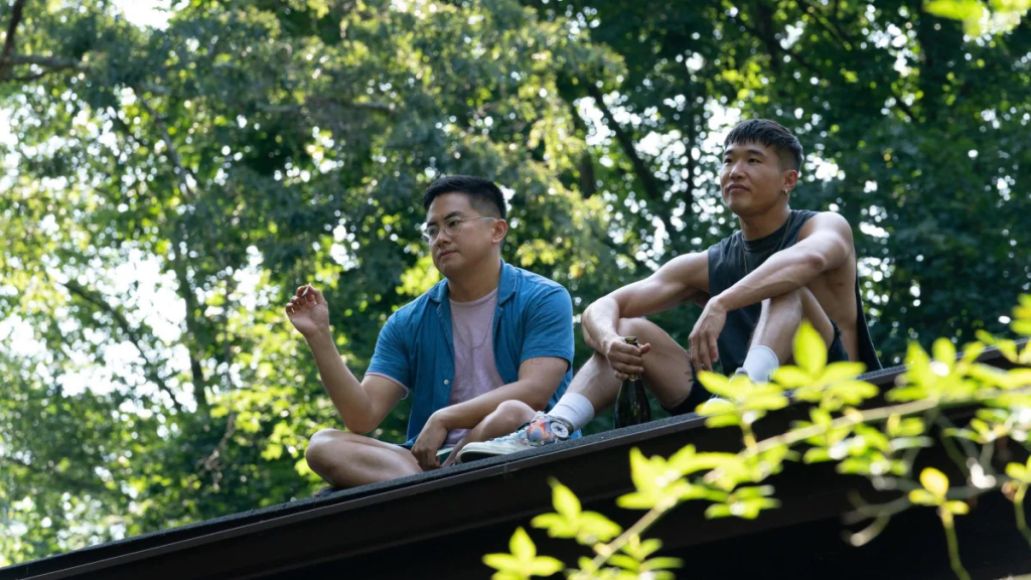