Phoenix, Arizona is home to the brand new Zona Music Festival. The inaugural two-day festival goes down on December 3rd and 4th at Margaret T. Hance Park, and boasts a lineup led by Beach House, Portugal. the Man, and Bleachers.

Tegan and Sara and Japanese Breakfast are also set to play Zona this year. “We are beyond thrilled to be among this incredible lineup and return to one of our favourite cities in the United States,” the former act said in a statement. “It’s been a long three years, and we are very much looking forward to getting on stage and strutting our stuff at ZONA in December!”

General admission and VIP 3-day passes to Zona Music Festival go on sale Friday, August 26th at 10:00 a.m. PST, while single-day tickets will be available closer to the event. Grab your tickets via the festival’s website. 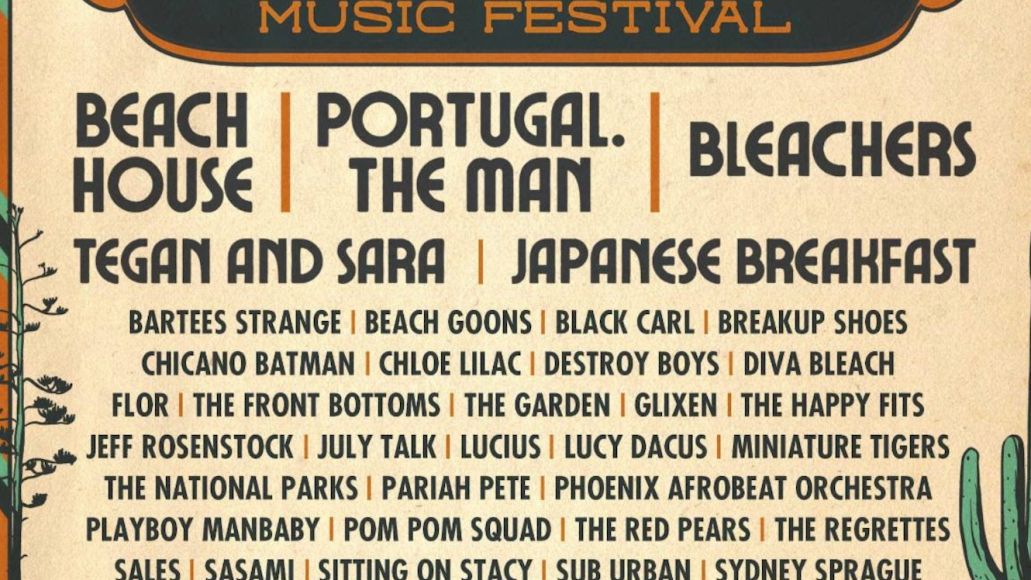