This review was part of our coverage of the 2022 Sundance Film Festival, where the film premiered under the title 892. It has been updated for its theatrical release.

The Pitch: On July 17, 2017, former Marine lance corporal Brian Brown-Easley (John Boyega) walked into a Wells Fargo bank branch in the Atlanta suburbs, with a grey sweatshirt and backpack, and handed the teller a simple note with four words: I have a bomb. Soon, he’s taken hostages, with police negotiators and a confused media scrambling to defuse the situation. His demands? A measly $892 in disability funds denied to him by the Department of Veterans Affairs.

Those are the circumstances reconstructed in Abi Damaris Corbin’s Breaking, a well-intentioned and occasionally striking thriller that charts the heartbreaking moments of a desperate man’s last gasps at visibility and relevance.

Attica! The hostage-crisis thriller is a familiar chestnut: from Dog Day Afternoon to John Q. and others, we know the usual beats. There’s the sympathetic but volatile protagonist, the uncertain rapport he builds with his hostages, the worried family members waiting with bated breath for answers. Corbin’s recreation of Brown-Easley’s harrowing day rarely strays from those formulas.

But what grace notes do appear come courtesy of the performances, particularly Boyega’s Easley, imbuing his subject with a saint’s patience leavened by righteous indignation. In the film’s opening minutes, we see glimpses of the circumstances that will lead him to his fateful decision — talking with his young daughter Kiah (London Covington) over the phone about what she’ll name her dog as he walks to his $25-a-night hotel, hoping to get one last word in before his minutes run out. He’s a good, kind man, or wants to be, but one too many layers of dignity have been stripped from him.

That Brian’s situation had gotten so dire that he’d take such reckless, drastic measures to secure a measly $900 for his family, speaks to the yawning chasm at the core of America’s treatment of its veterans, especially poor and Black ones. Boyega, taking over for Jonathan Majors (who had to drop out due to Marvel scheduling conflicts), fills Brian with a deeply sympathetic poise, cracking only when nudged just a bit too far by a delayed deadline here, a patronizing question there. 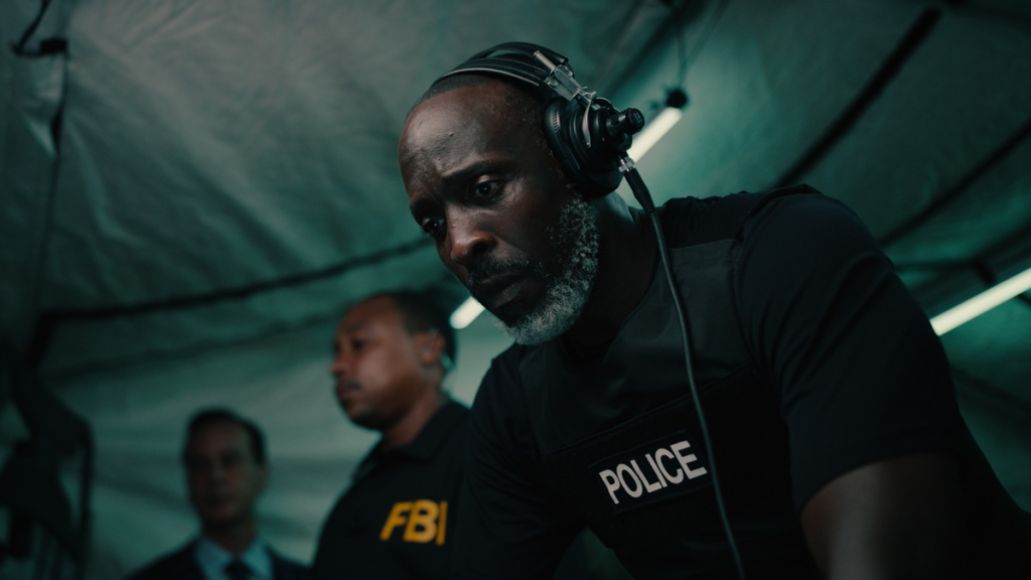