Gorillaz will come in swinging next year with a new album. Cracker Island, the animated band’s eighth studio album, will arrive February 24th, 2023 via Parlophone, and as a sample of what’s to come, they’ve teamed up with Tame Impala today for the new single “New Gold.”

Gorillaz rang in their new era in July with Cracker Island’s title track, which included a contribution from Thundercat. Like most recent Gorillaz projects, the album boasts an impressive list of featured guests, including Stevie Nicks, Bad Bunny, Beck, The Pharcyde’s Bootie Brown, and Adeleye Omotayo.

The lore of Gorillaz also continues: “Murdoc, Noodle, Russel, and 2D have relocated to Silver Lake, California as they recruit new members to join ‘The Last Cult’, in search of the one truth to fix the world. Reports from the Golden State indicate that Murdoc is in love with the lady next door. Russel is glued to the TV. Noodle is compiling a handbook of wisdom and knowledge. And 2D is busy being 2D.”

Physical copies of Cracker Island will come in standard, deluxe, and limited edition collectors’ set formats, and pre-orders are ongoing.

Last year, Gorillaz surprise-released the Meanwhile EP. They’re about to begin the North American leg of their 2022 tour, which you can get tickets for over at Ticketmaster. 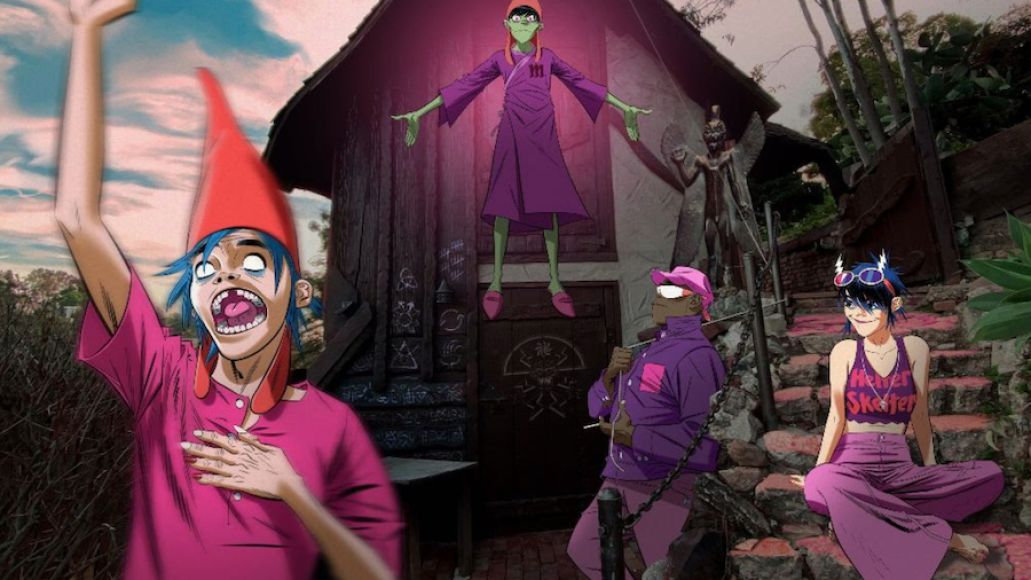