The Pitch: Perhaps you are a carbon-based life form with an Internet connection and/or cable TV subscription, and thus are aware of the existence of a little show called Game of Thrones, which for a few years there was pretty dang popular. Well, here’s some more of it! Specifically, here is House of the Dragon, HBO’s prequel/spinoff that does not involve Thrones showrunners David Benioff and D.B. Weiss, but does hope to capture the imagination of an ever-fickle viewing public.

To that end, we return to King’s Landing 172 years before the birth of Daenerys Targaryen (House of the Dragon is very specific on this point), where Daenerys’ ancestors still hold the very familiar-looking Iron Throne. Though we begin with the line of succession in flux, as a ruler without heirs has to make a choice between two potential new monarchs to eventually take his place: King Viserys Targaryen (Paddy Considine) or Princess Rhaenys Targaryen (Eve Best).

Not for the last time on this show, sexism wins the day as Viserys is named king, setting off a chain of events with mammoth repercussions for all of Westeros, where the faces are different but the family names are very, very familiar, as is the grappling for power and prosperity despite rumors of a dark winter on the horizon…

What If the Windsors Had Dragons? House of the Dragon, by virtue of its nature, draws no shortage of comparisons to the show that came before. But the six episodes of Season 1 provided to critics by HBO reveal that a far better analogy for understanding the new fantasy drama is The Crown, Netflix’s generations-spanning exploration of the British royal family.

This has nothing to do with the casting of Crown star Matt Smith as Viserys’s younger brother Prince Daemon Targaryen, and everything to do with creators George R.R. Martin and Ryan J. Condal’s approach, as the first season treats this narrative almost like a history textbook, with multiple recastings in its first season, entirely because of time jumps between episodes that speed us past the less intriguing moments in Viserys’s reign.

The recastings most notably affect the show’s central female characters, Princess Rhaenyra Targaryen (played by Milly Alcock as a teenager and Emma D’Arcy as an adult) and Alicent Hightower (Emily Carey, followed by Olivia Cooke), but both younger actors are solid matches for their older counterparts, and more importantly, all four of them bring impressive nuance to characters that might have Thrones analogs, but manage to stand out as legitimately well-developed individuals. 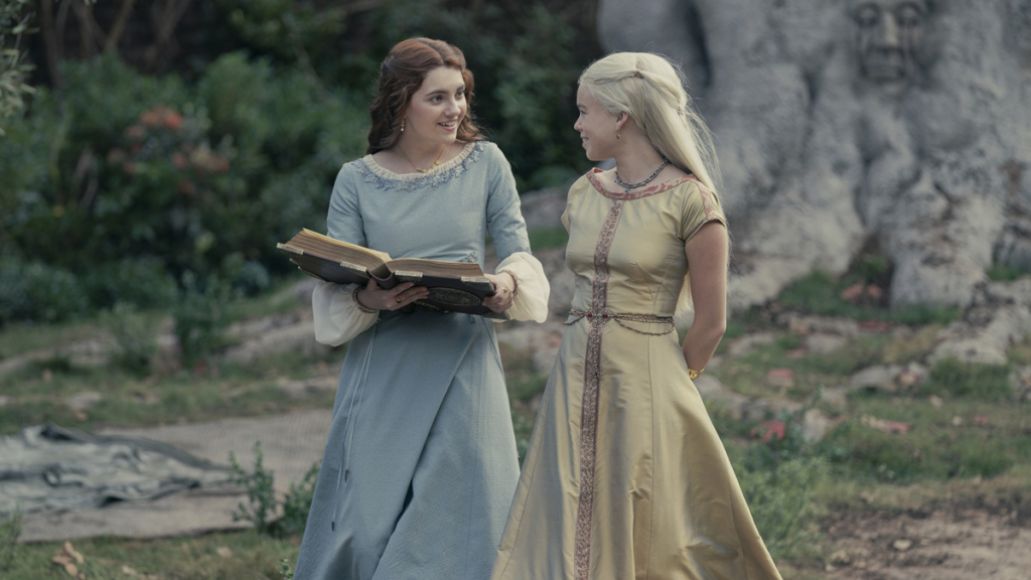 Different Sorts of Battlefields: While the power struggles between Viserys and his many scheming lords (especially Prince Daemon) drive no small percentage of the plot, Rhaenyra and Alicent’s journeys are the real thrust of the series, as both are forced to confront the realities of their positions while struggling to find some semblance of happiness in this world.

Rhaenyra chafes at the requirements of being a princess without getting too Aladdin‘s Jasmine about it, especially after Viserys brings her more into his circle of trust. Meanwhile, as the daughter of the long-standing Hand of the King, Alicent uses her political savvy as needed to improve her own position. Growing up the best of friends, as they age into adulthood life pulls them apart from each other. But the fact that both of them have recognizable souls, and an enduring if complicated connection, is exactly the sort of emotional hook this series needs.

Put it this way: Remember how great it was in Game of Thrones Season 1 when Cersei (Lena Headey) got drunk with Robert Baratheon (Mark Addy) and they had a real conversation about their terrible marriage? That energy is in an awful lot of House of the Dragon — the sense of real emotion and ambition behind the pageantry of court and ritual.

When it comes to the cast, Considine serves as a sympathetic figure, even if his power on the throne is undercut by what could be seen as an excess of humanity. Meanwhile Smith is handed perhaps the most challenging role of the series; like so many second sons/runners-up to the throne, scheming and villainy seems to come second nature to him, but Daemon has at least one or two other interests beyond ambition, and also very real connections to a few people in his world. Making all that jibe inside the skin of one man is no easy task, and the writing doesn’t give him too much help, resulting in moments that occasionally feel out of balance. 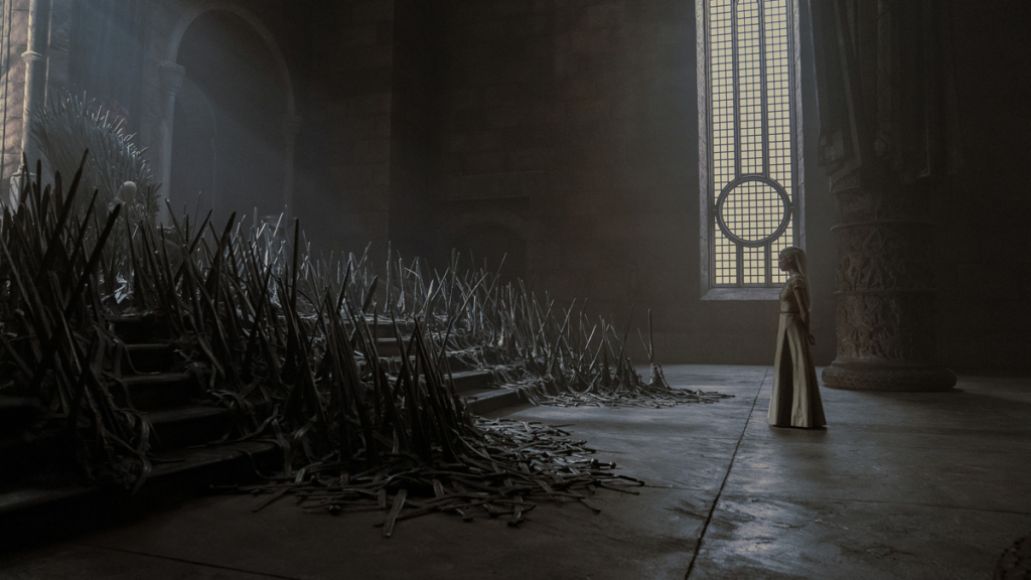 House of the Dragon Review: A Beautifully-Made History Lesson From an Ugly Fictional World