Open Mike Eagle set to return this year with Component System with the Auto Reverse, his forthcoming mixtape via his own Auto Reverse Records. Before its release on October 7th, the rapper is previewing the project today with the new single “i’ll fight you.” Update — 8/30: Mike has shared the official music video for “i’ll fight you.” It shows the MC torn between nature and technology while wearing a stereo system for a head, and you can check it out below.

Component System with the Auto Reverse is Mike’s eighth full-length project to date, and from what we’ve heard about it so far, it might also be one of his most sonically eclectic. With some high-profile collaborators including Madlib, Diamond D, and Quelle Chris, the 14-track record is embellished with jazzy boom-bap, blips of hard rock, cartoon show samples, and more — all grounded in Mike’s progressive approach to hip-hop.

As for the inspirations behind Component System with the Auto Reverse, Mike drew from some of his earliest experiences discovering music: “When I was in high school I used to stay up late to tape the hip-hop shows on college radio station WHPK on the south side of Chicago,” he says in a press release. “It was the only way to hear the underground rap songs that changed my world. I still have many of the cassettes, with songs by giants like MF DOOM, DITC, Outsidaz, All Natural, Juggaknots, Organized Konfusion and more. I named each tape. I named one Component System. This album was made in the spirit of that tape but with new music from me. Some of the people on the original tape appear on this album. I’m so proud of that that it brings me close to tears.”

The Diamond D-produced “i’ll fight you” blends heavy-hitting beats with subtle jazz instrumentation that floats in the background, and you can easily feel that late ’90s radio rap influence. Listen to “i’ll fight you” below, and then keep scrolling to see the album art and tracklist for Component System with the Auto Reverse. 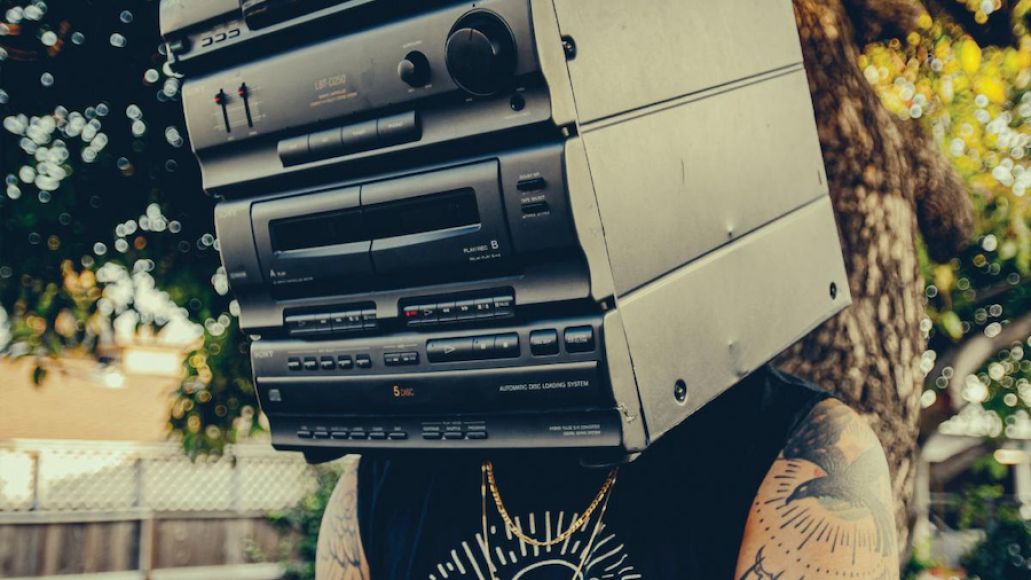