The Pitch: When Season 5 of the Adult Swim hit Rick and Morty left off a year ago, Rick Sanchez (co-creator Justin Roiland) and his grandson Morty Smith (also Roiland) had been betrayed by an Evil Morty from a parallel universe, who’d become president of the Citadel in order to break the Central Finite Curve and escape to a Rick-free section of the multiverse.

Picking the story back up with Season 6, Rick and  Morty have been left stranded in space, slowly starving to death in a broken saucer, with no more fluid left in Rick’s portal gun. And either you’ve been watching the show faithfully for the last five seasons, or the above paragraph makes absolutely no sense to you.

Rick and Morty has always been a relentlessly self-aware show, with the brilliant but misanthropic scientist Rick frequently breaking the fourth wall to point out a narrative cliché or acknowledge that any given story is, in fact, taking place within an episode within a season of television. But the show’s push-and-pull struggle between a continuity-heavy story arc and a static series of one-off adventures explicitly became one of the show’s central conflicts by the end of Season 5: Rick Sanchez hates serialized drama and word prefer to “keep it episodic” with simple adventures, and thinks they’ll “jump the shark” if Morty makes him dig too deep into his sad backstory.

The first two episodes of Season 6 that have been screened for critics continue to split the difference between these differing philosophies. The first episode, “Solaricks,” continues to ponder some big questions about how this brazenly silly but relentlessly creative show actually functions.

And the second episode, “Rick: A Mort Well Lived,” is a fast and wildly entertaining standalone adventure. One thing both episodes have in common: callbacks to the Season 2 episode “Mortynight Run,” which introduced the Jerryboree (a daycare for multiverse variants of Morty’s father Jerry), and Roy: A Life Well Lived, an arcade game in which you speed run through a simulation of an ordinary man’s entire life.

Suffering From Success: Rick and Morty co-creator Dan Harmon was previously best known for Community, a network sitcom that garnered a passionate cult following but was perpetually “on the bubble” at NBC, eventually struggling to fulfill the first half of its inside joke-turned-promise to fans for “six seasons and a movie.”

So the more immediate success of Rick and Morty has always felt like vindication for Harmon. And in 2018, after Rick and Morty’s third season garnered the best ratings in Adult Swim history, the show’s creators emerged from negotiations with Cartoon Network with an unusual announcement: They’d been renewed for seven seasons at once, keeping the show in business for many years to come.

Having now seen nearly half the episodes from that seven-season order, I would venture that Cartoon Network’s big investment in Rick and Morty has paid off. Creatively, Roiland and Harmon are still making tightly written half hours that mix goofy pop culture references, grisly violence and puerile bathroom humor with bewitchingly clever storytelling and surprisingly affecting moments of pathos. And with long-term plans to keep the show on the air until at least 2026, there’s a sense that they can think bigger, with multiverse storylines so insanely complex they make the last few MCU movies seem easy to follow. 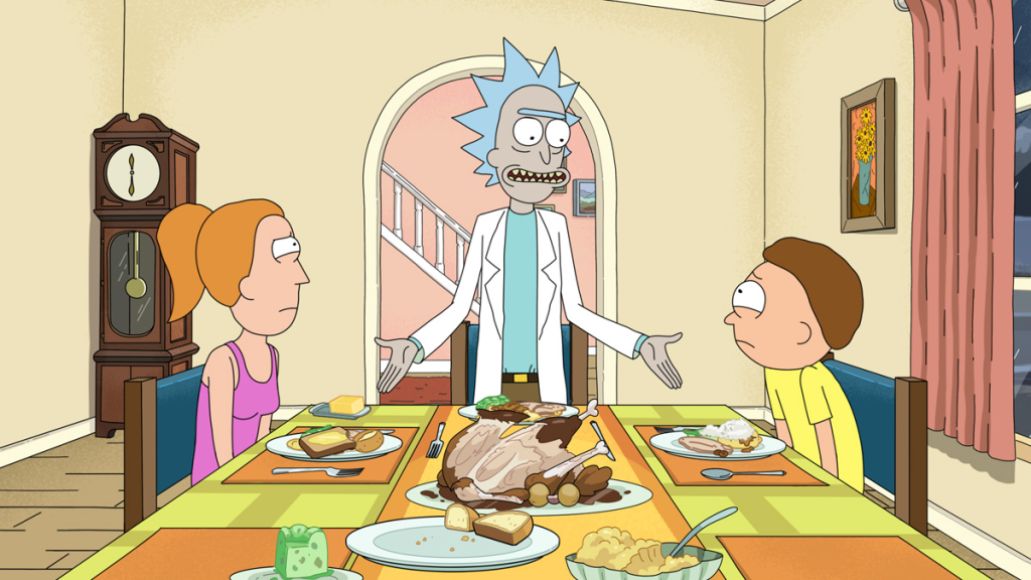