The Pitch: What if there was a lady… who was also a Hulk? And also a lawyer? Yeah, She-Hulk: Attorney at Law pretty much tells you exactly what the show is from the start. Quite literally, in fact: The newest Marvel series to come down the Disney+ pipeline features newly minted meta-human Jennifer Walters (Tatiana Maslany) speaking directly to the audience about how her life recently got upended by an accidental exposure to her cousin Bruce Banner (Mark Ruffalo)’s blood.

Because Jen and Bruce are related, Jen’s able to survive the sudden infusion of gamma particles into her system, and she also manages to get a handle on being a Hulk with a working human brain relatively quickly. But while she’s learning control over her new persona (with the advantages and disadvantages that accompany it), she’s also still trying to live something close to her pre-Hulk life — working as a lawyer, spending time with her friends, and even dating. Can a She-Hulk have it all in the big city? Cue the Mary Tyler Moore hat toss, except with Jen’s Hulk strength, said hat would end up in the atmosphere.

Praise Be the Case of the Week! Since the beginning of the Disney+ era for the Marvel Cinematic Universe, the most exciting series have not been the ones which are described too-easily as “a six-hour movie” (looking at you, Falcon and the Winter Soldier). Instead, they’ve been the ones which make use of the episodic format to tell stories that don’t fit into the conventional blockbuster mold, whether it be the ever-changing sitcom riffs of WandaVision or the weekly anarchy of Loki.

She-Hulk: Attorney at Law very much falls in line with those, with its half-hour episodes and comedy-forward approach to telling MCU stories. This gives it the advantages that come with stand-alone episodes — the ability to play around with formats and story ideas, while bringing in fresh new characters each week. This isn’t Law & Order with superheroes, though — instead, it’s far closer to the days of Ally McBeal. (That’s a very dated reference, but also that’s the best-known female-led legal comedy made for TV since the ’80s, unless y’all want to bring up the USA Network series Fairly Legal, a show you definitely remember existing before this moment.)

The point is, each episode presents a new case of the week (sometimes more!), light and fun legal dilemmas infused with humor. Overall, there’s a goofy energy to this series that may not jibe with everyone’s taste, and the thing with committing this hard to the show’s comedic approach is that when a joke doesn’t work, it really doesn’t work. But there are way more hits than misses, with a gleeful appreciation of pop culture references that make sense within the framework of the MCU. 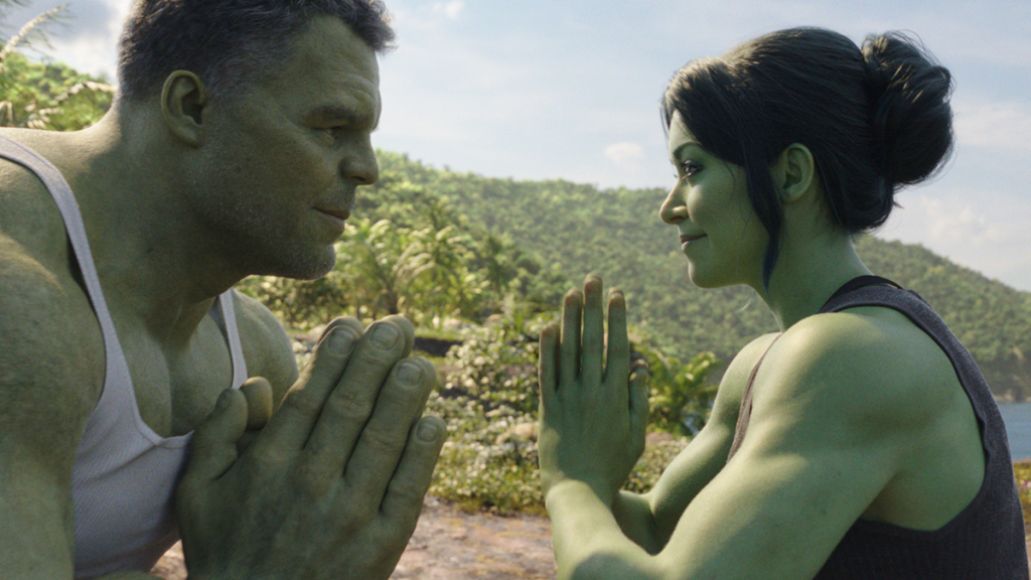 She-Hulk: Attorney at Law Is as Funny, Charming, and Occasionally Awkward as Its Heroine: Review