Middle-earth, if you weren’t aware, is a big place. The fantasy world created by J.R.R. Tolkien and brought to the screen numerous times, most famously in Peter Jackson’s Oscar-winning trilogy The Lord of the Rings, encompasses many different races scattered across different lands, from sunny forests to bleak winter landscapes to mines buried deep within the Earth — settings which all come to life in The Lord of the Rings: The Rings of Power, the epic new fantasy series debuting this week on Prime Video.

During a recent press day for The Rings of Power, Consequence spoke with 12 members of the cast in groups of four, each group a mix of Elves, Dwarves, Harfoots, and Men. This meant that while everyone was friendly and familiar with each other, the separation between storylines meant that many hadn’t worked directly with those in their groups (at least in the episodes which were screened in advance).

Sophia Nomvete, who plays Dwarven princess Disa, says that for most of the cast, the shooting process led them to stay immersed in their worlds, “unless you made a decision, or if you had a bit of time, to go and visit. And it would really depend on what the other set was doing, whether it was like a good time for people to go visit.”

While separated, the cast was relatively conscious of the other shooting in progress elsewhere and, says Morfydd Clark (playing a younger version of Elven warrior Galadriel), “there was always one group that was having the toughest time. There were times when the Harfoots were in pools of mud, there were times where we were in blazing sun. So there was always a group that you were like, ‘So glad I’m not doing that.'”

This included one cast member (unspecified, for fear of spoilers) whose scenes involved a lot of time in a set described as a trench. “He seemed to be in that trench for years,” says Charlie Vickers, who plays a human ally of Galadriel.

Adds Clark, “We just didn’t see him for months. Because he was either in the trench or asleep.”

Because of this separation, says Nomvete, “when we got to see the episodes, our minds were absolutely blown. Because we didn’t know what our friends were doing anywhere near the same way we knew what we were doing. It was a spectacular moment.”

Which lands or races do they wish they’d had a chance to visit, outside of their own? There were many answers. “I would just love to explore the mines of Moria, go down there and see it at the height of its sort of civilization. That’d be amazing,” Maxim Baldry (playing a young Númenórean named Isildur) says.

“I have to be different,” Vickers says. “I’m going to say Lindon. Cause I’m a Man of the Southlands and it’s a bit bleak, the Southlands, in comparison to the riches and the majesty of Lindon.”

Clark says that, “it’s the Harfoots for me,” noting that the Hobbit-esque nomadic race has “such a tight community and they have such a connection to their history… And they’re just so cute.” 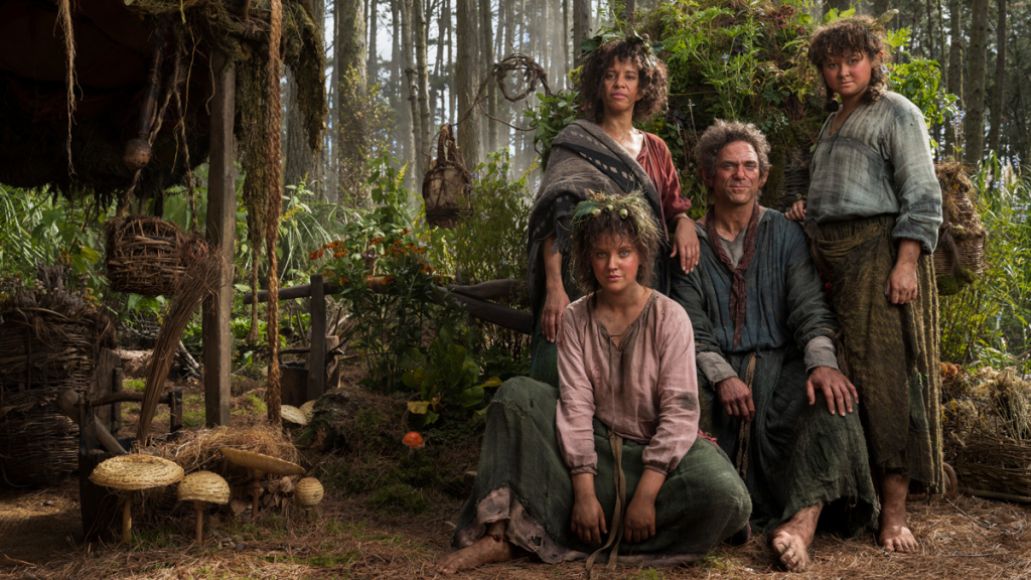 The Lord of the Rings: The Rings of Power Cast on Creating Tolkien's World for TV: "It's Mind Blowing, What They Did"