The Pitch: Conversion therapy is the pseudo-scientific process of trying to change a person’s sexuality or gender identity through manipulation, abuse and torture. Generally operated by religious groups who claim to be doing their victims a favour, this practice is generally carried out in isolated retreats on groups of young people. The new horror film They/Them attempts to frame this specific real-world evil through a likely more familiar horror movie iconography.

After all, the idyllic American summer camp has been a home for terror for decades, in the form of brutal murders and/or adolescent awkwardness. A nice trip to the woods offers young people a place of freedom, disconnected from who you’ve been before — while the offer to serial killers is simply a place, disconnected.

Most famously utilized in 1980’s Friday the 13th, the setting has become a mainstay of the slasher genre for good reason. It is in this canon that John Logan’s film haphazardly inserts itself, both in the casting of Friday the 13th breakout Kevin Bacon as the unsettling camp counselor Owen Whistler (Bacon also served as executive producer) and in the styling of its conversion camp setting.

But I’m a Cheerleader, Probably: It is through Whistler that we are introduced to both the camp and its latest batch of victims; a crew of young LGBT people of varying identities who are allowed little more depth than the reasons for their arrival (which they state shortly after arriving).

The first wrinkle in the film’s concept comes in this introductory scene as Whistler introduces himself as a progressive and inclusive conversion camp leader, performatively allowing nonbinary resident Jordan (Theo Germaine) to choose which gendered cabin they sleep in, though this courtesy is not extended to Alexandra (Quei Tann), a transgender woman who is outed shortly into her stay.

Once this status quo is established, the film does little to disrupt it, offering scene after scene of our cast dealing with the psychological and emotional abuse the setting implies, with the very occasional flash of something darker behind the scenes. These early scenes gesture at ideas that could make for a unique perspective, including references to supposedly progressive transmisogyny and the developing language of homophobes who know that slurs won’t win their battles anymore. But those gestures suggest a nuance that simply does not come. 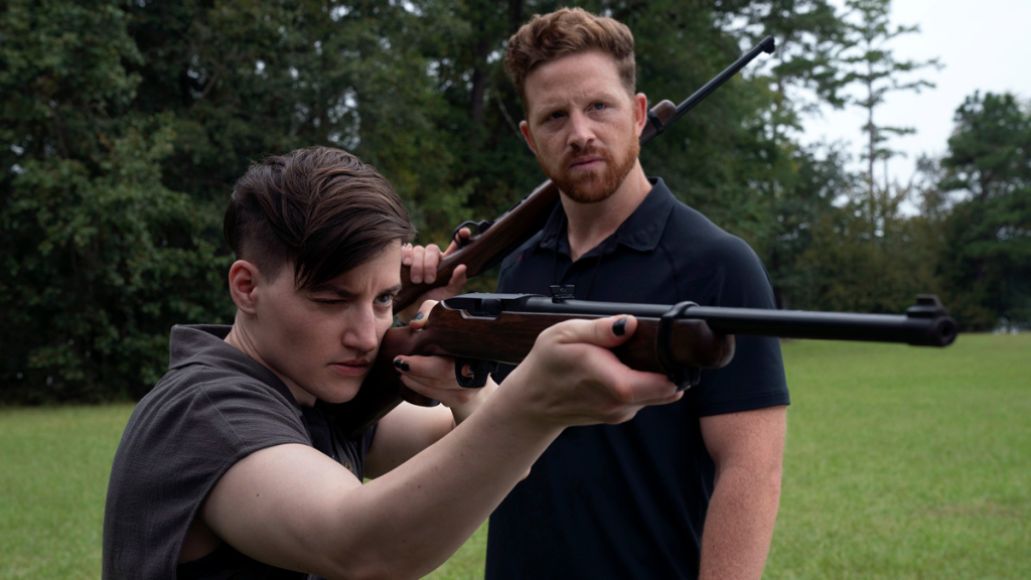