The Pitch: The world of documentary film seems to believe in one thing: Why have just one documentary covering a disastrous music festival when you can have two? Unlike the paired Netflix and Hulu documentaries which investigated the wildness of Fyre Fest, though, Netflix’s new docuseries Trainwreck: Woodstock ’99 at least has a good year or so of distance from HBO’s Woodstock ’99, while rehashing much of the same material.

It’s Not a Three-Hour Movie: Trainwreck (previously known as Clusterfuck, and streaming today on Netflix), does have a distinct advantage over the HBO doc — rather than compressing the full breadth of the three-day disaster into one 110-minute film, the series consists of three episodes, structured to mirror the three days of the actual festival.

While the episodic structure does help provide some focus, throughout Episodes 1 and 2 constant countdowns are present to remind us that as scary as things might seem so far, they’re only about to get worse. Given that the opening sequence of Episode 1 features real footage of the festival grounds on the Monday morning after the event, it’s perhaps an unnecessary reminder: “Is this fucking Bosnia?” someone says as the camera surveys the wreckage.

If it’s been a while, the 1999 attempt to revive Woodstock as a music and arts festival featured a much less peace-and-love-friendly line-up than the original iconic festival, including Limp Biskit, Red Hot Chili Peppers, and Kid Rock.

For a multitude of reasons, from incredibly poor event planning that led to contaminated drinking water on sight and 18-year-olds being hired to work security, to what can happen when a young, adrenaline-fueled crowd drinks, does drugs, and rocks out hard for three days straight, Woodstock ’99 descended into a full-scale violent riot. The aftermath included 44 arrests, eight reported instances of sexual assault (including four rapes), and overall a dark moment for festival culture as we know it.

While the runtime of Trainwreck is longer than HBO’s take, the number of artists spoken to is somehow smaller, though Jewel, Gavin Rossdale, and Fatboy Slim are featured prominently, talking openly about the vibes of the experience and why, for example, Jewel left the stage deeply disturbed by playing for a crowd actively calling for a glimpse of her breasts. While some of the voices are similar to the HBO doc, MTV’s Ananda Lewis makes a big impression with her talking head segments, delivering some of Trainwreck‘s most pithy commentary.

Break Stuff: There’s an effort made here to understand why things might have gotten this out-of-hand, with some delicate finger-pointing in the direction of Fred Durst fueling the crowd’s rage on Saturday night. Journalist David Blaustein also points to the 1999 releases of American Pie and Fight Club as “brimming with sexuality from a male perspective” and “a good snapshot of where the psychology might have been for a lot of he kids who attended Woodstock ’99.” (Fight Club hadn’t actually come out yet in theaters when Woodstock ’99 happened, but Blaustein isn’t necessarily suggesting that the rioting was directly inspired by the David Fincher film.) 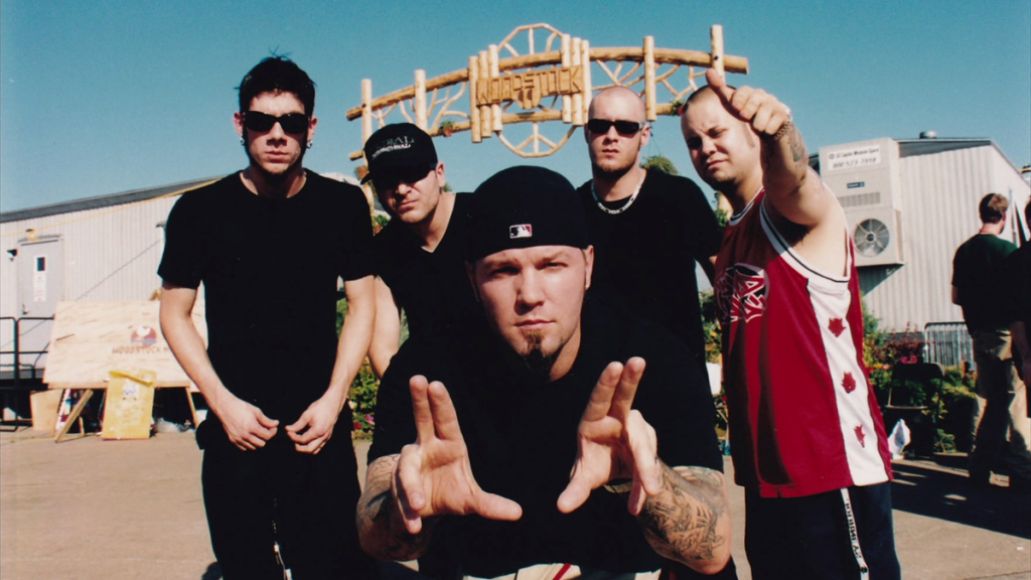