AC/DC singer Brian Johnson’s previously announced autobiography The Lives of Brian is finally set to arrive October 13th in the UK and October 25th in the US.

It’s better late than never for the delayed memoir, which was originally slated for an October 2021 release. Now, the book will hit shelves a year later than intended.

The autobiography is being published in the UK via Penguin Michael Joseph, a division of Penguin Random House, while Harper Collins’ Dey Street Books is the US publisher. Pre-order here.

The memoir follows Johnson’s life and career from his early days in the UK as the son of a British army sergeant-major and an Italian mother to his years in the band Geordie to the daunting task of replacing the late Bon Scott in AC/DC.

It will also touch upon the serious hearing issues that forced him to exit AC/DC in 2016 prior to his recent return to the legendary band, which released its latest album Power Up in November 2020.

Johnson commented on the book upon its initial announcement, quipping, “It wasn’t me. I didn’t do it. And I’ll never do it again.” In a tweet, he added, “I’ve had some long nights and some great nights, bad days and a lot of good ones. I’ve gone from choirboy to rock ‘n’ roll singer, and now I’ve gone and written a bloody book about it.”

Toyah Pours Ice Down Robert Fripp’s Shirt as the Pair Perform AC/DC’s “Back in Black”: Watch

Dey Street Books SVP and executive editor Mauro DiPreta added, “Brian’s memoir captures an unforgettable moment in rock history. Anyone who wants to understand Brian’s roots as well as the moment of ignition when he joined AC/DC and helped create a monster album will be in for an unforgettable ride.”

Pre-order The Lives of Brian via Amazon, and see the book cover below. 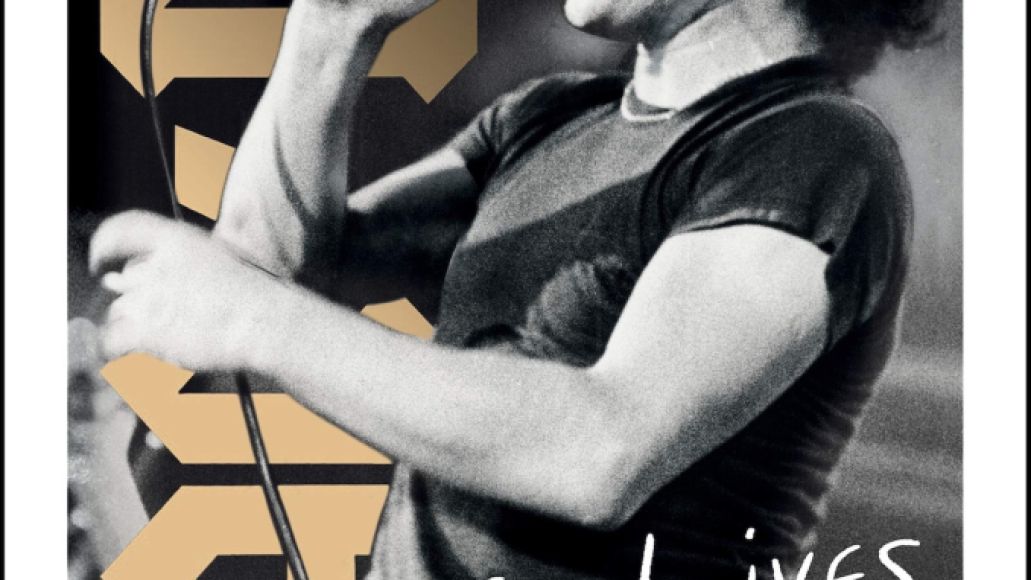