The Pitch: Male prostitute Julian Kaye’s leisurely life of bedding wealthy older women and driving nice cars around southern California is suddenly disrupted when he’s framed for the murder of a client. It’s the role that made Richard Gere a household name in Paul Schrader’s 1980 film American Gigolo, but in Showtime’s new series of the same name, Julian is played by Jon Bernthal, the sensitive tough guy who’s become a burgeoning sex symbol in his own right with a string of memorable TV roles in The Walking Dead, The Punisher, and this year’s We Own This City.

Julian, who has no memory of the night of the murder, confessed to the killing, and was sentenced to 15 years of prison. After Detective Sunday (Rosie O’Donnell) uncovers evidence that exonerates him, though, Julian is a free man who never expected to return to life on the outside.

Throughout the series, he reunites with figures from his past, some relationships more complicated than others: His mother Maryanne (Melora Walters), who trafficked Julian into the sex trade as a teenager. Michelle (Gretchen Mol), a married woman who once had a torrid affair with Julian. And Isabelle (Lillie Brochere), who was once the young daughter of Julian’s madam, and is now grown up and eager to experience Julian for herself.

Life Goes On Without Me: Hollywood super-producer Jerry Bruckheimer announced his plans to adapt Gigolo into a series eight years ago, though Schrader said he chose not to get involved with the remake because it was a “terrible idea” to attempt to tell the same story in a present-day context.

At one point Neil Labute was hired to write the series. Eventually, though, the series was developed by David Hollander, who also directed the first two episodes. Hollander was the showrunner for Ray Donovan, a violent and stylish but somewhat empty show that recently ended its run on Showtime. And it’s hard not to wonder if Labute, whose films have often traded in the psychological complexity of sexuality and cruelty, would have had better ideas for this adaptation — or at least snappier dialogue.

American Gigolo was an excellent film but by no means a perfect one, so it’s not sacrilege for this new adaptation to take liberties with the source material. Schrader’s film had an implied happy ending where Julian has an alibi and could beat the murder charge, but the series begins with the premise that he didn’t. And it’s probably for the best that this Bernthal’s Julian doesn’t drop any homophobic or ableist slurs like Gere’s character did, or say dippy seductive lines like “Anything worth knowing about me, you can learn by letting me make love to you.”

Sad and Lonely: David Hollander’s American Gigolo is a bigger, more ambitious story, where all of Julian’s past and present actions have effects that ripple out into other people’s lives. As one example, Michelle’s husband Richard (Leland Orser) seems dull and harmless at first, but is soon revealed to be a very dangerous man. 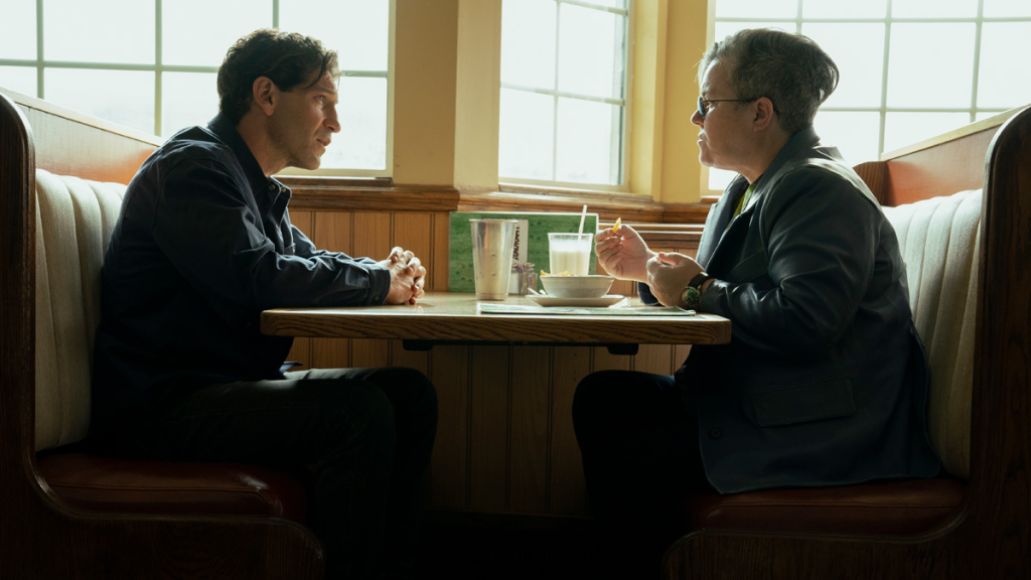