The Pitch: Five years before some golden-haired farmboy from Tatooine blows up a big-ass space station, life in a galaxy far far away could be very hard, especially thanks to the control wielded by the ruthless Empire. Professional thief Cassian Andor (Diego Luna) doesn’t care about politics, though, focused as he is on scraping together a living for himself and his adopted mother Maarva (Fiona Shaw) — and maybe even trying to find his sister, from whom he was separated years ago.

But when Cassian gets caught up in a bit more trouble than he’s used to, he ends up getting recruited by Luthen (Stellan Skarsgård) for his thieving skills as well as the chance to really hurt the Empire. Cassian might be only one person, after all, but get a bunch of people together, and you could maybe have a rebellion on your hands.

The Good Stuff First: That last line hints at a future that’s a little bit further down the line for our ol’ pal Cassian, as the first four episodes of this prequel to Rogue One: A Star Wars Story screened for critics represent barely the first chapter of his story. But while the narrative is only just beginning, the world-building that’s packed into these four episodes is truly remarkable.

Much like The Mandalorian in its first season, Andor eschews space wizards and their laser swords to instead focus on the day-to-day lives of people, who range wildly from glamorous senator Mon Mothma (Genevieve O’Reilly) to grimy black-market dealer Bix Caleen (Adria Arjona). This is a Star Wars tale where people eat and shop and bathe and have sex; it may be the most grounded take on this franchise to date.

And that all comes to life in the details rendered on screen. In contrast to The Mandalorian, Andor notably uses physical sets, and it must be said that as good as Disney’s StageCraft(tm) technology is… you can tell the difference. While we’ve seen no shortage of gritty space locations in this franchise, production designer Luke Hull creates whole new environments that feel fresh to the Star Wars world, yet still a part of the same universe as the iconic grimy exteriors and interiors of desert planet living. (Though it’s not Tatooine for once — most of Andor‘s first four episodes is set on the planet of Ferrix. If you were wondering.)

Such worlds only come to life with great actors involved: Luna finds a way to take Andor’s deeply buried rage at an unfair world and channel it into something distinctive and relatable; this character could so easily tip into a caricature of a scoundrel, but Luna plays with the character’s reserve to showcase how growing up under the thumb of the Empire has made Andor into the man he is. Meanwhile, as Andor’s very unconventional mentor figure, Skarsgård engages in this world with such naturalism that it invokes comparisons to Alec Guinness’s natural ease in A New Hope — which is perhaps the highest compliment one can give to a Star Wars actor.

Also, Nicholas Brittel’s score is distinctively Brittel-y (c.f. Succession) and intimate, in distinct contrast to John Williams’ epic style, but it works for the kind of story being told here, especially in the tenser moments. Really, on a technical level, so much about Andor truly is impressive. But… 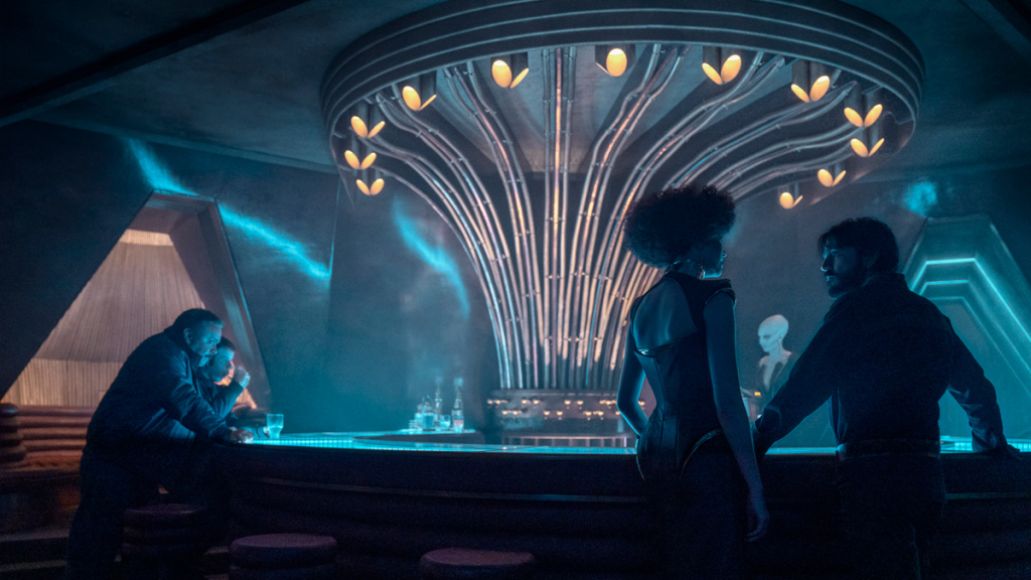