As he has many times before, Drake took the bait on Thursday (September 15th) after YouTube critic Anthony Fantano trolled the rapper with a video claiming Drake had DMed him a vegan cookie recipe. Not long after the video was posted, Drake responded by sharing the threatening DMs he had actually sent Fantano, who is known for running the music review channel The Needle Drop.

“Anthony! It’s Drizzy,” the fake messages began. “I know we don’t really see eye-to-eye about music and that you are not the biggest fan of most of my albums (thanks for the kind words on Take Care and If You’re Reading This tho). But it is what it is, you know. Can always hope you’ll like the next one!”

The DMs continued, “But I’m not messaging you about your videos. I’m actually messaging you cause I found a really great vegan cookie recipe I’d love you to try!” Following a step-by-step guide to making said cookies, “Drake” signed off by saying, “I’d really appreciate it if you could give this a spin and let me know if it’s worth trying myself!”

Drake could’ve just laughed the troll off, but instead, he hopped on his Instagram Stories and posted a screenshot of the actual DMs, which revealed he was quite familiar with Fantano’s work.

“Your existence is a light 1. And the 1 is cause you are alive,” Drake wrote, in reference to The Needle Drop’s 1 to 10 scoring system. “And cause you somehow wifed a Black girl. I’m feeling a light to decent 1 on your existence.”

It’s unknown what exactly prompted Drake to message Fantano out of nowhere, but the critic gave harsh reviews to his last two albums: Certified Lover Boy received a “light 3,” while Fantano simply called the house-influenced Honestly, Nevermind “not good.” As a Cancer moon, it’s simply not in Drake’s nature to let criticism roll off his back — something he’s proven in his various feuds over the years.

In an Instagram Live stream, Fantano said he received the “salty” DMs from Drake “very late into the evening” on Wednesday. He proceeded to call the Toronto native “obsessed” for being so familiar with his reviews and took a jab at the light (pun intended) insults.

“A couple of things were running through my head,” Fantano said. “One: ‘Why is Drake messaging me? I’m not 18 years of age. That’s kinda weird.’ Second thing I was thinking: ‘This man is familiar enough with me to know my rating system. Seems a little odd, seems a little obsessed.'”

He continued, “The other thing that I was thinking is that, why did he say the ‘light one’ thing twice? Is that him trying to work a chorus into his song, is this a bit of a rough draft or something? I don’t know why he said that weak ass line two times. It also made me think, this is why he has ghostwriters.”

Drake has yet to respond to Fantano’s latest comments, but we think he should just hold the L this time around. 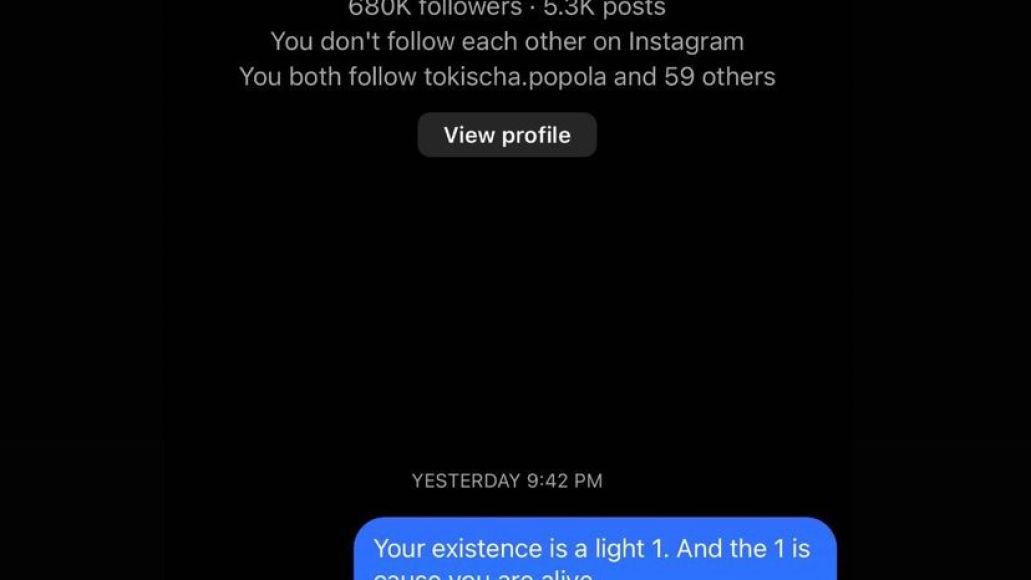