The Pitch: This isn’t the Marilyn Monroe you know — not really. To be clear, the doomed figure at the center of Andrew Dominik‘s Blonde (based on the Pulitzer Prize finalist novel by Joyce Carol Oates) is a fictionalized version of the beloved star and pop culture icon, one that picks out the innate tragedy of her too-short life and uses it as a vivid, if inelegant, treatise on the consumptive nature of Hollywood celebrity.

Here, Monroe (played by Ana de Armas as an adult, Lily Fisher as a little girl) is fated for anguish from her earliest years — when she was Norma Jeane Mortenson. Her mother (a brittle, yet domineering Julianne Nicholson) is institutionalized not long after trying to drown her, and she’s sent to an orphanage with little but the dream of meeting her absent father, whom she’s told is a mysterious Hollywood bigwig.

It’s that drive, Dominik and Oates’ novel argues, that drives her to Hollywood, where she’s given a horrifying inauguration into the studio system by a barely-seen Darryl F. Zanuck (David Warshofsky). She becomes “Marilyn Monroe,” a bottle-blonde bombshell who quickly turns into America’s sweetheart and the apple of many men’s eye.

Her relationships are suspect, whether it’s the comforting, if taboo, throuple she enters with two sons of stars — Xavier Samuels’ Charlie Chaplin Jr. and Evan Williams’ Edward G. Robinson Jr. — or her distant, alienating marriages to Joe DiMaggio (Bobby Cannavale) and Arthur Miller (Adrien Brody). And throughout, she pinballs from one misery to another as the sea of flashbulbs and the carnivorous hunger of the American public (not to mention a host of mental health and substance abuse issues) threaten to swallow her whole. 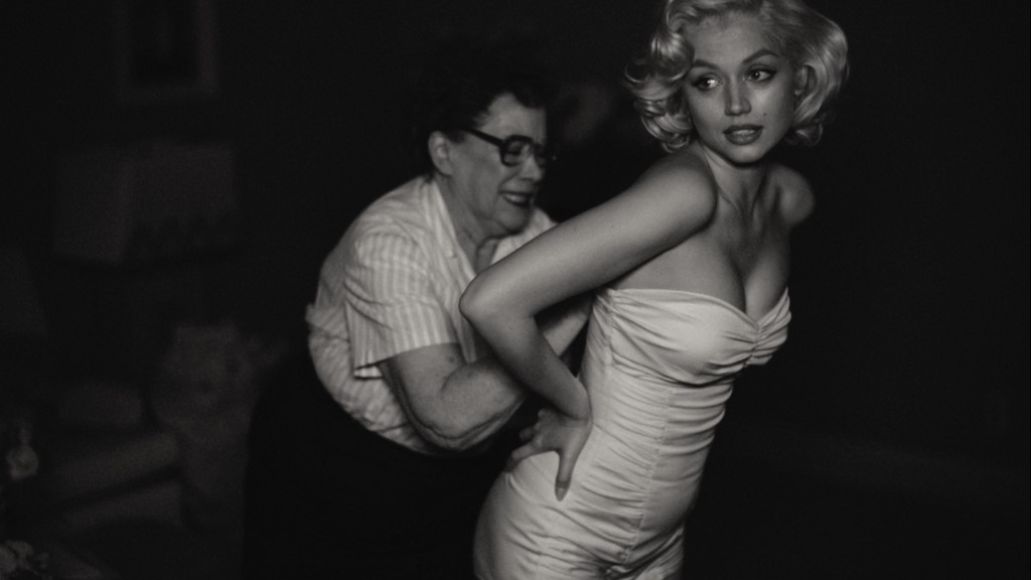 Gentlemen Pervert Blondes: Much like the Oates novel before it, Dominik’s version of Blonde comes complete with its own myriad controversies. First and foremost is the NC-17 rating, which here manifests in depictions of Marilyn in various states of undress, suffering one gasp-inducing indignity after another (including more than one depiction of rape, and at least two abortions — each of which is at least partly rendered through the perspective of the fetus). This is a film that wants to plunge its audience headfirst into the abject horror of (their conception of) Marilyn’s life, and hardly lets up for nearly three hours.

It’s a grueling, brutal watch, and your tolerance for such inhumanity will heavily color how you view Blonde. Dominik, who’s made some of the most innovative, eerily dreamlike films of the last few years (The Assassination of Jesse James by the Coward Robert Ford, This Much I Know To Be True), takes a similarly nightmarish approach to Oates’ material.

Lemonade cinematographer Chayse Irvin crafts a host of startling, unforgettable images in his slavish recreation of some of Monroe’s most iconic film roles and photo shoots and the nightmare logic by which he earmarks Marilyn’s most haunting real-life traumas. Black and white turns to handheld, which turns to 35mm Technicolor glam, back to 4:3 claustrophobia. Moment by moment, it’s frequently astonishing (thanks in part to an arresting and hypnotic score courtesy of Nick Cave and Warren Ellis).

But as lovingly rendered as these terrors are, that same aesthetic sheen makes them all the more horrifying to behold. Blonde‘s major problem is that it does to Marilyn what it wags its finger at the men around her for doing: It treats her mainly as an aesthetic object, a sacrificial lamb on which we can project all our complicated feelings about show business, misogyny, rape culture, domestic abuse, mental health, and Marilyn Monroe herself. That dreamy distance Dominik instills in the cinematography, direction, and Adam Robinson’s hazy editing looks neat, to the point where it detracts from the figure it claims to eulogize. 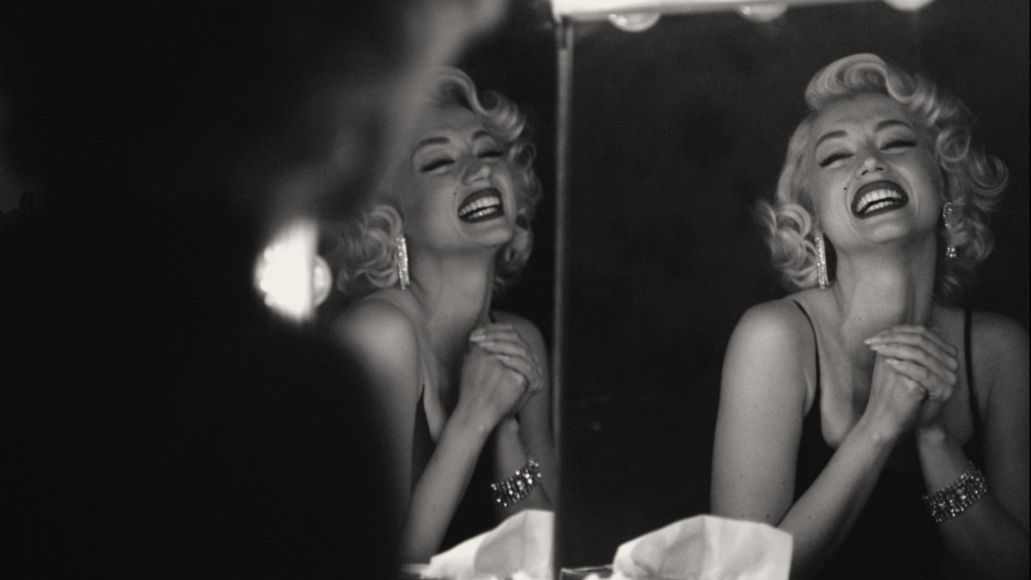