Broken Social Scene have surprise released a Toronto bootleg recording called Live at the Phoenix Concert Theatre, 2003. To accompany the project, they have also shared a live performance video of the previously unreleased fan favorite “Jimmy and the Photocall” directed by Stephen Chung.

The bootleg was recorded during a three-night stand at the Phoenix Concert Theatre in Toronto in December 2003 after the band’s tour in support of their sophomore album, You Forgot It in People. Broken Social Scene’s personnel lineup at the time included Kevin Drew, Brendan Canning, Justin Peroff, Andrew Whiteman, and Jason Collett, as well as Evan Cranley and Charles Spearin on horns.

Live at the Phoenix Concert Theatre, 2003 includes songs from You Forgot It in People, Broken Social Scene’s self-titled follow-up album, and the rarity “Jimmy and the Photocall.” Purchase it on cassette or digital via Bandcamp.

“To commemorate the 20th Anniversary of You Forgot It in People I dug into my archives and put together this live version of ‘Jimmy and the Photocall,’ one of my favorite Broken Social Scene songs that has never been released,” said Chung in statement. “We captured the entire show in standard definition on glorious Mini DV with whatever cameras and recording equipment we could beg or borrow. We are happy to share this with you 20 years later.”

Check out the “Jimmy and the Photocall” video below.

BSS are set to kick off their You Forgot It in People 20th anniversary tour; grab your tickets here. 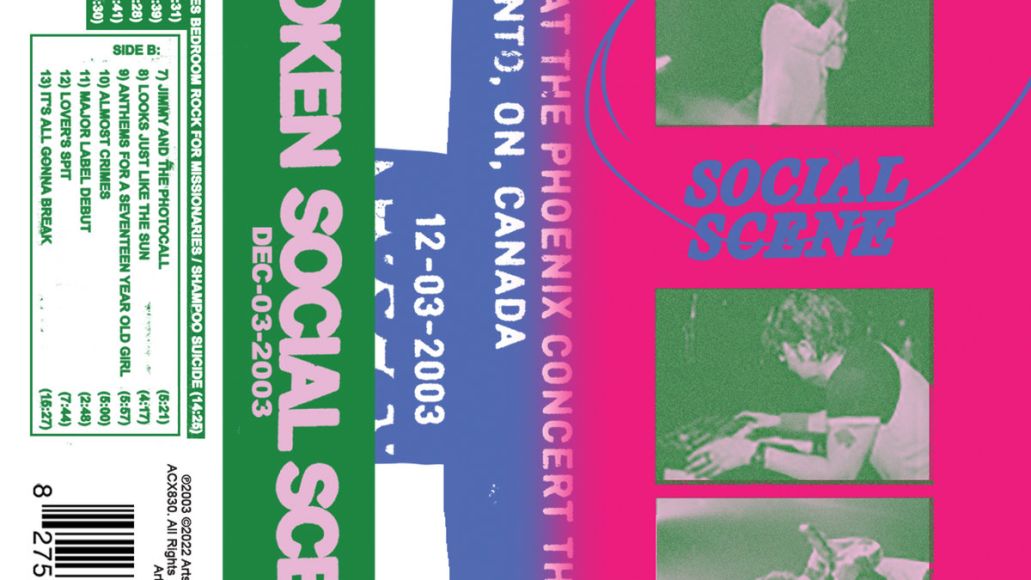