The Pitch: Bobby Lieber (Billy Eichner) is a successful pillar of the gay community in New York City: He’s got a popular podcast, he’s the director of what’s soon to be the nation’s first LGBTQ+ history museum, and he was just named “Cis White Gay Man of the Year.” The only thing missing is a man in his life, but Bobby isn’t into all that: “Love is not love,” he stresses early on to his friends, rejecting the oft-used gay rights sentiment as a lie to get straight people to treat queer folks like human beings. Instead, he chips away at one awkward Grindr hookup after another.

But fortune changes when Bobby runs into hunky estate lawyer Aaron (Luke Macfarlane) at a club;  they each clock the other as angry and boring, respectively, and their shared fatigue for the performative, image-conscious tropes of mainstream gay culture draw them together. Before long, the commitment-phobic pair find themselves navigating the usual messiness of the mismatched movie rom-com couple, awash in the rainbow colors of urban white queerdom. Can these two crazy kids make it? Let’s find out!

Difficult People: Bros carries a huge weight on its shoulders; it’s one of the first gay rom-coms to be released by a major studio (we’ll not brook any Fire Island erasure here, children), and the first to get a nationwide release in theaters. Naturally, stakeholders of many stripes are watching this project closely — if it succeeds, it could open the door for more stories with queer leads in multiplexes around the globe. If it fails, that particular experiment could end up back in the celluloid closet, only to be dragged back out when some enterprising soul wants to try again.

The best, and worst, thing about Bros is that it (and writer-star Eichner and co-writer/director Nicholas Stoller) is fully aware of this responsibility, and tries very, very hard to meet it. And the results are charming, accessible, and fairly specific to the queer community in a way that’s just sanitized enough for the straights to sit through. Still, its desperate desire to meet its straight audiences halfway, not to mention its frantic need to position itself as an Important Moment in Queer Herstory, shoots it in the foot at vital moments.

At its core, though, Bros remains a showcase for Eichner, who’s quickly become one of the most prominent faces in queer media thanks to shows like Parks and Recreation and Hulu’s Difficult People. His typically loud, caustic sense of humor is on full display here, albeit somewhat sanitized for an older Eichner who recognizes the shelf life of that kind of snark. 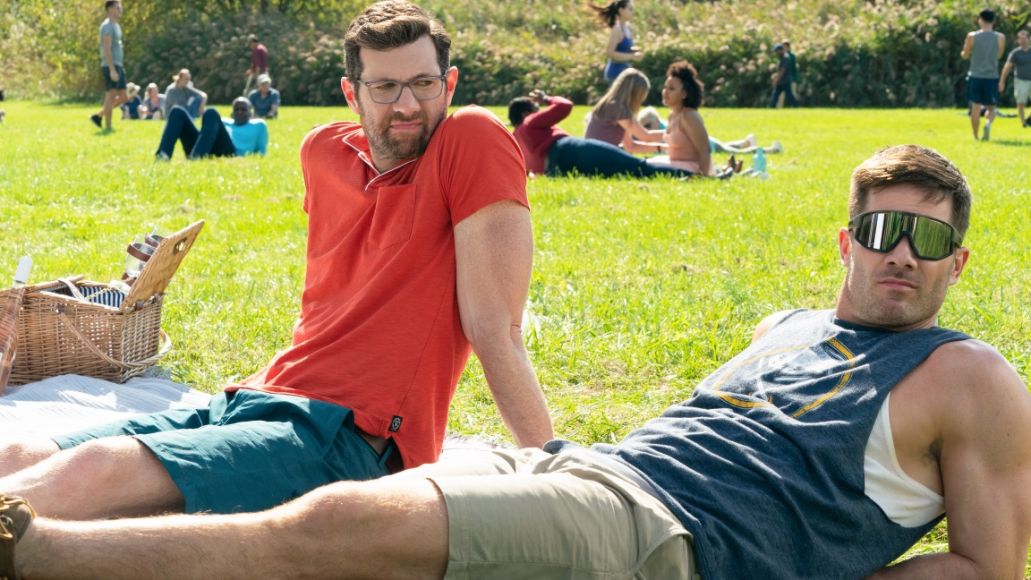 Bros Refuses to Apologize for the Specifics of Queer Romance (Except When It Does): Review