Crowded House recently announced they would have to postpone their first North American tour in 12 years due to their drummer’s lower back injury, and now the band has revealed the trek is being pushed to 2023.

The rescheduled “Dreamers Are Waiting” leg now kicks off May 2nd in Vancouver. It includes shows in New York City, Chicago, Toronto, Nashville, Los Angeles, and more before wrapping in Boston on May 30th.

See the full itinerary below. Previously purchased tickets are valid for the rescheduled dates. Tickets are available now for the majority of the shows via Ticketmaster, with additional seats for dates in Los Angeles and Oakland opening up on Friday, September 23rd at 10:00 a.m. local time.

The upcoming tour is in support of Crowded House’s comeback album, 2021’s Dreamers Are Waiting, which marked the band’s first release in 11 years. Frontman Neil Finn guested on Kyle Meredith With… last year to discuss how his time in Fleetwood Mac influenced the making of the album. He also appeared on The Story Behind the Song to break down the origins of Crowded House’s signature song, “Don’t Dream It’s Over.” 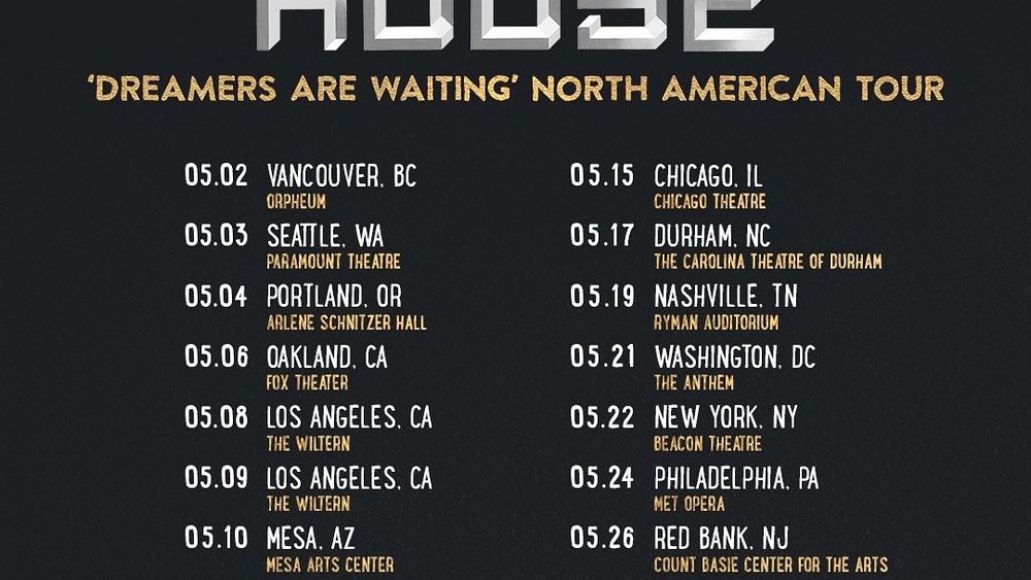