Disney held its first in-person D23 Expo since 2019 this weekend, bringing fans all the latest updates on Marvel, Pixar, and more. On Saturday, September 10th, perhaps the most highly anticipated panel took over the grand Hall D23 at California’s Anaheim Convention Center, with Lucasfilm, 20th Century Studios, and Marvel sharing the stage for a nearly three-hour extravaganza.

While a selection of panels from the event were streamed online for fans around the world, the Big Three presentation could only be seen by in-person attendees. Not to worry, though, as we have you covered with a complete recap of every trailer, casting announcement, and fresh bit of news that was revealed.

On the trailers front, we received fresh looks at the Star Wars Disney+ series Andor and The Mandalorian Season 3, as well as a peek at the animated Tales of the Jedi. From Marvel, we finally got a look at two highly anticipated streaming projects: the Werewolf by Night Halloween Disney+ special (including a surprise appearance by Man-Thing!) and the Samuel L. Jackson-led Secret Invasion. There was also a preview of the Willow sequel series.

Marvel loaded us up with the revelation of the Fantastic Four director, the Thunderbolts team, and some exciting Captain America: New World Order casting news.

Outside of the galaxy far, far away and the MCU, Lucasfilm gave us a teasing bit of insight into Indiana Jones 5 (with Harrison Ford crying as he revealed this would be his last time wielding the whip), and James Cameron touched on Avatar: The Way of the Water and the other upcoming 3D sequels.

Check out our complete minute-by-minute rolling recap of all the D23 news from Marvel, Star Wars, and more below. 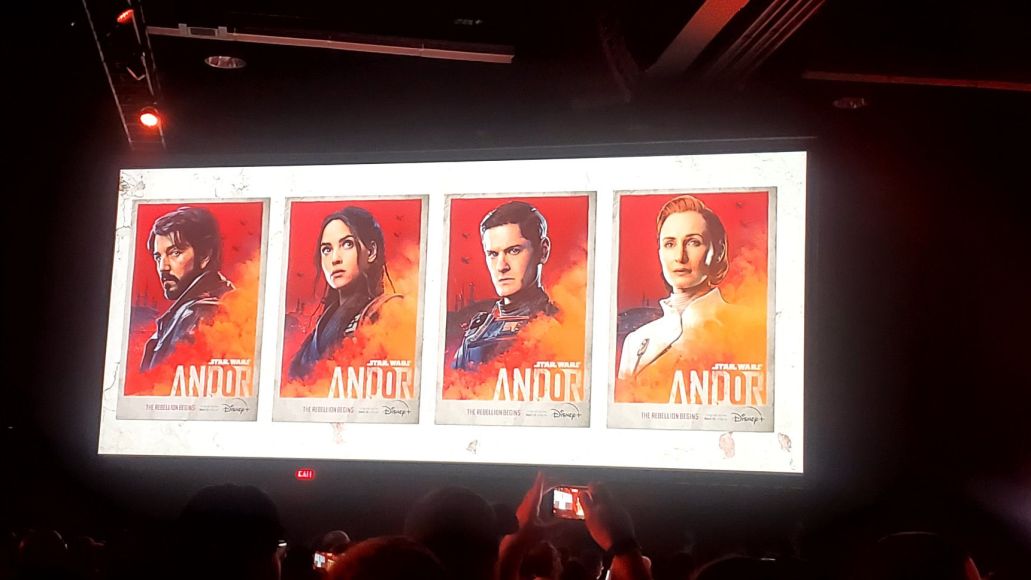 1:23 p.m. – The final trailer for Andor has dropped, watch it below. The show premieres September 21st on Disney+.

D23's Marvel and Luscasfilm Presentation: All the Trailers and Biggest Announcements