The Pitch: What often gets lost in the lurid stories of America’s most infamous serial killers is how profoundly they expose the cracks in our democracy. Such is the case for Jeffrey Dahmer (Evan Peters), a lonely and disturbed young man who murdered and dismembered 17 young men between the years of 1978 and 1991.

The horrific details of those murders gained Dahmer immediate fame when he was finally arrested in 1991 and eventually sentenced to 16 terms of life imprisonment: this was a necrophiliac, a cannibalistic child molester, a gay man who drugged and killed other gay men at the height of the AIDS epidemic. When the Milwaukee Police Department searched Dahmer’s apartment, they found so many severed body parts that the chief medical examiner described the experience as “more like dismantling someone’s museum than an actual crime scene.”

In the 28 years since Dahmer was beaten to death by a fellow inmate in prison, he’s remained a recognizable figure in the public American consciousness; every few years, a new movie or TV series premieres, with a new actor debuting his take on the Milwaukee Cannibal. But focusing our perverse fascination simply on what Dahmer did to those people misses the larger implications of his story. What sometimes goes unrecognized is the racial makeup of his victims, the majority of whom were Black or brown, and how that cultural divide allowed Dahmer to get the benefit of the doubt for so long.

A Focus on the Victims: Ryan Murphy and Ian Brennan’s new Netflix miniseries Dahmer – Monster: The Jeffrey Dahmer Story (yes, that’s the full title) aims to shine a light on Dahmer’s victims, showcasing points of view that have typically been ignored. It’s an admirable goal, and it gets there eventually… after around half the series.

But the competent first five episodes, presenting a non-linear but still fairly straightforward biography of Dahmer up to his arrest, make for a bit of a slog, as many of these stories have already been told before on screen, particularly in 2002’s Dahmer and 2017’s My Friend Dahmer.

That a white man like Jeff Dahmer was able to get away with this is telling — and it’s telling that his name is so ingrained in our minds while so many Black bystanders and neighbors, like the late Glenda Cleveland (Niecy Nash), tried to warn the police and were repeatedly ignored.

Questions about the role of police in American society, and whether the institution itself is fundamentally broken, have only gained strength in the years since Dahmer’s arrest. Take John Balcerzak, a cop who, along with his partner, was briefly fired for delivering a drugged 14-year-old directly back to Dahmer’s apartment after the kid’s escape — only to be reinstated. Balcerzak even became president of the Milwaukee Police Association, working until his retirement in 2017. Jeffrey Dahmer may be gone, but the broken systems that did nothing to stop him still thrive today.

Murder Most Foul: Make no mistake, Evan Peters is in fine form here, playing a role he was probably destined to play since Murphy first cast him as the ghost of a school shooter in American Horror Story: Murder House. With Peters’s vacant expressions and unassuming look, Dahmer has the impression of someone vaguely confused but curious about the world he lives in. And in the horror-movie sequences where we see Dahmer toy with his prey, he conveys real instability, a dreamy alcohol-induced lack of focus that makes his coercions even more unnerving, almost casual. 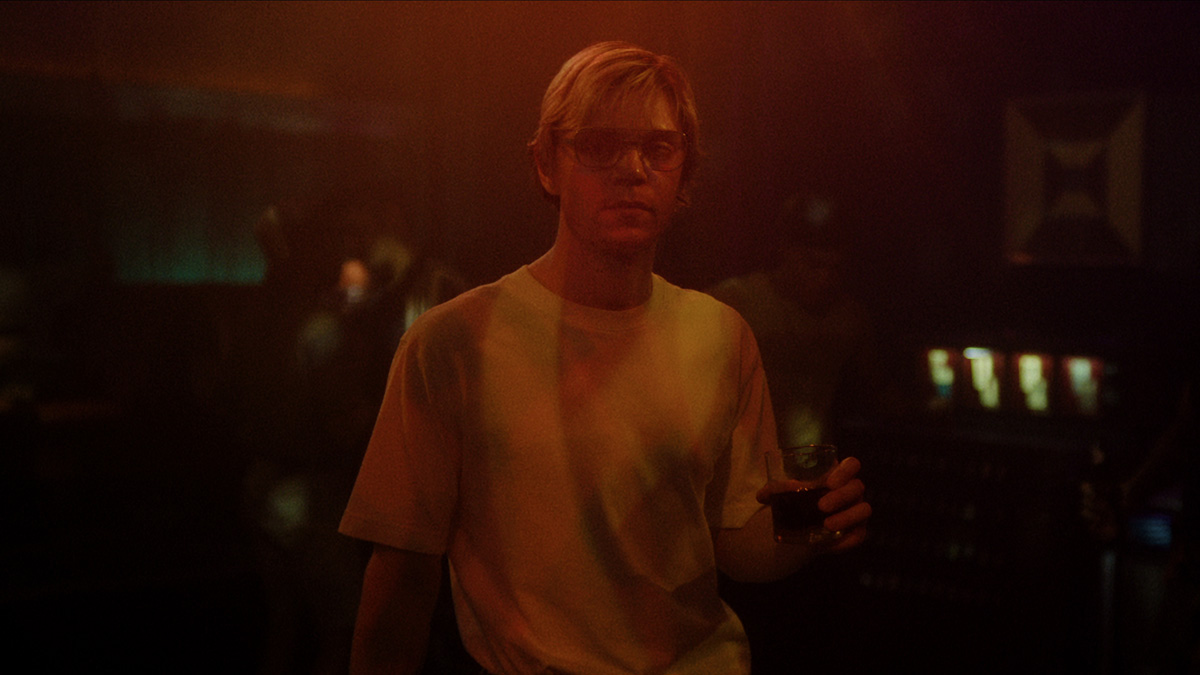