The Pitch: A mountain climber is found dead at the bottom of one of Busan’s most intimidating peaks. An accident? Probably. But ace Busan detective Hae-jun (Park Hae-il) still finds himself drawn to the man’s Chinese widow, Seo-rae (Tang Wei), with whom he shares a beguiling, unspoken connection. She’s elusive, enigmatic; he grows more obsessed with her the longer he watches her on long stakeouts. And the closer the two get, the harder it is for him to see the woman she truly is — and the harder for her to hide it.

The Mist: If there’s one thing you can count on from a Chan-wook Park film, it’s that it will be chock full of surprises. That’s certainly true of Oldboy, Stoker, and The Handmaiden, three of his most classic works, all of which play on the conventions of the revenge film, the coming-of-age story, the historical thriller, to tell strange stories about the ways we break out of our own narratives.

At first, Decision to Leave feels like a departure from that approach — a straight-down-the-middle tale of a cop falling for his prime suspect, right down to the interrogations that turn into flirtations and the sizzling potential energy of hands resting just a bit too close to one another.

And yet, even within these structures, Park comes through with his typically vibrant, inventive command of tone and camera. Virtually every composition and camera movement from DP Kim Ji-yong is gasp-inducing, aided by some truly exciting blocking from Park.

Overhead shots of flashlights scanning a dark crime scene, shots from the POV of a dead man’s eye, obscured by the fly that’s just landed on it — there are angles and movements it’s hard to imagine anyone’s ever attempted before. Phone conversations intercut between transparent views from the inside of a smartphone screen to in-person conversations as if the other part is in the room — tantalizing whiffs of the longing two people feel when they’re far apart, yet feel intimately close.

The performances also match this level of precision, most notably Tang Wei (who already dazzled in Park’s previous The Handmaiden) as the secretive femme fatale who clouds Hae-joon’s vision — in some cases literally, as his penchant for eye drops implies. 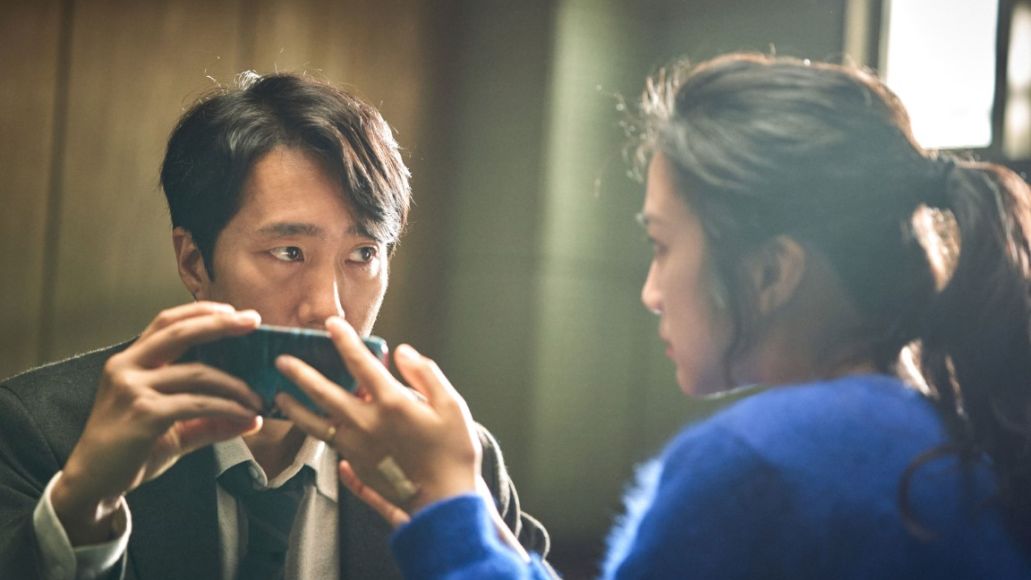