After months of anticipation and the release of a rock-centric new album, Demi Lovato played their first solo show on the US leg of their “HOLY FVCK” tour (grab tickets here) at Sacramento’s Hard Rock Live on Thursday night (September 22nd).

Dressed in all red and supported by an incredible backing band, Lovato was in excellent form, showcasing her powerhouse vocals while proving they’re well-suited for just about any genre, be it the pop sound that comprised Lovato’s last several albums, or the heavier rock tone that persists on her 2022 entry Holy Fvck.

First up was opener Dead Sara, a Los Angeles five-piece who ripped their way through a barrage of tracks that combined hard rock, punk, and grunge elements. Frontwoman Emily Armstrong — who also features on the Holy Fvck album standout “HELP ME” — is a natural bandleader with an amazing voice, and one of the best parts of the show was watching her interact with the crowd and banter between tracks.

Then it was time for the main event; various silhouettes of Lovato’s backing band were illuminated by strobes before the curtain dropped, revealing Lovato, guitar in hand, diving into a selection of tracks from the new album. “HOLY FVCK,” “FREAK,” “SUBSTANCE,” and “EAT ME” were all high-energy choices to begin the set. 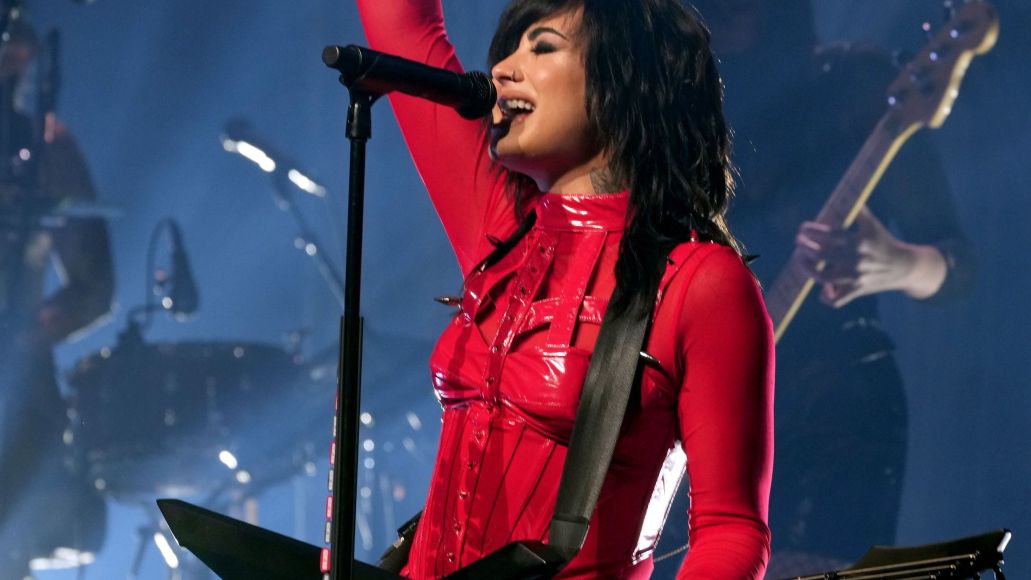 Lovato was backed by a phenomenal group of musicians — including Nita Strauss, the former live guitarist for rock legend Alice Cooper — and the four-piece band helped not just bring the new tracks to life, but reanimated some of Lovato’s essential pop entries.