Hocus Pocus 2, the long-awaited-by-some sequel to the 1993 fantasy comedy horror film rocking the same name, is best summed up with a stray fart joke.

A newly resurrected Mary Sanderson (Kathy Najimy), one of the three nefarious Sanderson sisters (Salem witches whose 1600s reign of terror over the town ended by the noose) stumbles into a Walgreens. She and her siblings, Sarah (Sarah Jessica Parker) and Winifred (Bette Midler), are in search of provisions, and lured into entering the pharmacy by the film’s teen heroes. One by one they walk in. Mary, awed by the automatic doors, steps through and immediately, casually, unwarrantedly trumpets her flatulence. End scene.

Farts are funny when they have a point. Hocus Pocus 2’s fart has no point. Mary farts because the filmmakers, producers, and writers think a fart joke is convenient for this particular moment. She’s the least-mannered Sanderson, the token bumbler, and by the process of elimination the most likely to rip one in earshot without thinking twice about it.

In character as the olfactory offense may be, the gesture nearly reads as contempt for the movie’s core demographic: Nostalgia hounds born in the 80s who ate the original up as kids, because, fair’s fair, Hocus Pocus was aimed at kids. Today’s kids ages six and up (to 12 or so) might latch onto Hocus Pocus 2 with the same affectionate zest. Why not? When you’re a child, movies where young’uns fight off supernatural foes when their elders can’t are irresistible. They’re empowering. Kids rule.

But Hocus Pocus 2 wasn’t made for Generation Alpha. It was made for millennials, the nostalgia generation, for whom the pop culture born in their adolescence holds totemic, precious power. The nostalgia factor here isn’t just surface-level. It’s programmed right into the story’s DNA.

Like Hocus Pocus, the plot revolves around teenagers ill-advisedly lighting a Black Flame Candle, the only existing magical object capable of returning the Sandersons to life. Unlike Hocus Pocus, the Sandersons’ return is purposely plotted by a third party. The teenagers are two best friends, Becca (Whitney Peak) and Izzy (Belissa Escobedo). The third party is Gilbert (Sam Richardson), owner and operator of Salem’s local magic shop, who happens to be a major Sanderson fanboy; he tricks Becca and Izzy into lighting a locked and loaded Black Flame Candle on Halloween night as part of their annual fun witchy traditions.

Gilbert isn’t evil. He’s just a nitwit and a product of an age where people impose modern values on past history, and every sin of yesteryear is one to correct in the present. This impulse, for the record, is admirable, unless you’re Gilbert, who believes the Sandersons were misjudged in their day and wants to set the record straight.

But witch hunts as a result of misogyny and patriarchy are only a thing in the real world. Hocus Pocus 2 presupposes that, yes, witches were real, and yes, Puritans had backwards ideological beliefs, but they hanged and burned witches because witches kept eating their children. 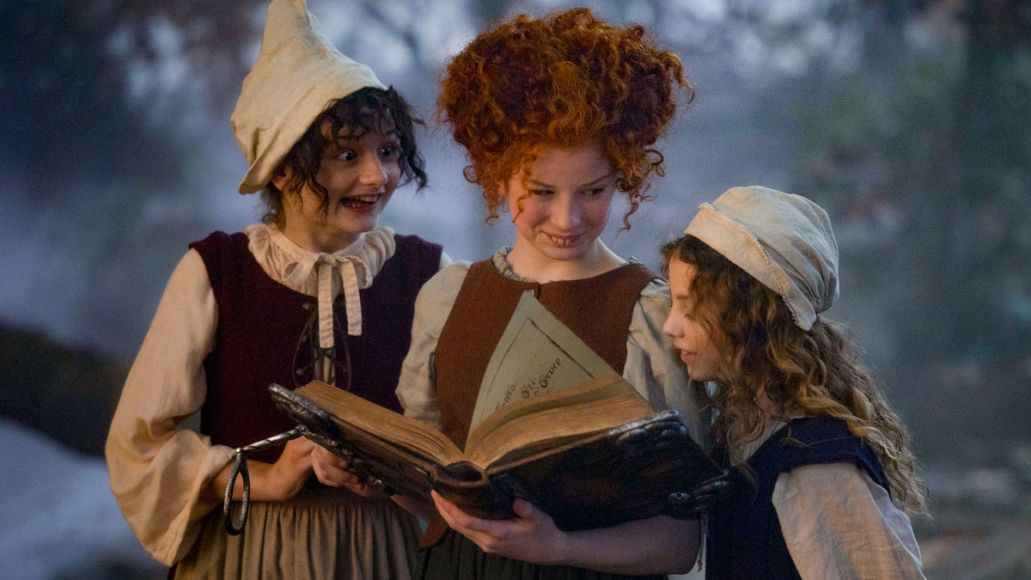