The Zazulas launched the heavy metal label in 1982 and helped give Metallica their start when they signed the band and released 1983’s Kill ‘Em All and 1984’s Ride the Lightning. Sadly, Jonny and Marsha both passed away in the last two years.

Metallica will only play songs from ’83 and ’84 at the tribute concert, which is set for November 6th at Hard Rock Live in Hollywood, Florida. Fellow Megaforce alum Raven will provide support, reprising the 1983 tour package that featured the two bands.

“Jonny gave us our first break in New York, released our first albums on his Megaforce Records label, and put us out on the road for our first real tour,” Metallica said in a statement [via Rolling Stone]. “With Marsha by his side, Jonny was a mentor, a manager, a label head, and a father figure to us all…. we would not be where we are today without the two of them. Sadly, we recently lost both Jonny and Marsha, just a little more than a year apart.”

Ticket pre-sales for Metallica Legacy fan club members begin Wednesday (September 28th) at 10 a.m. ET, and the presale for Fifth Member fan club members stars at noon ET — both via Metallica’s website. Tickets will then be available via Ticketmaster.

States Metallica’s press release: “Due to the size of the venue, presale tickets will likely sell out fast, so manage your expectations accordingly.”

A portion of the concert earnings will be donated in the Zazulas’ name to MusiCares, the Recording Academy’s charitable foundation, which provides musicians in need with support for health, mental health, and living expenses. Metallica’s All Within My Hands Foundation will also be donating to the Feeding South Florida food bank. 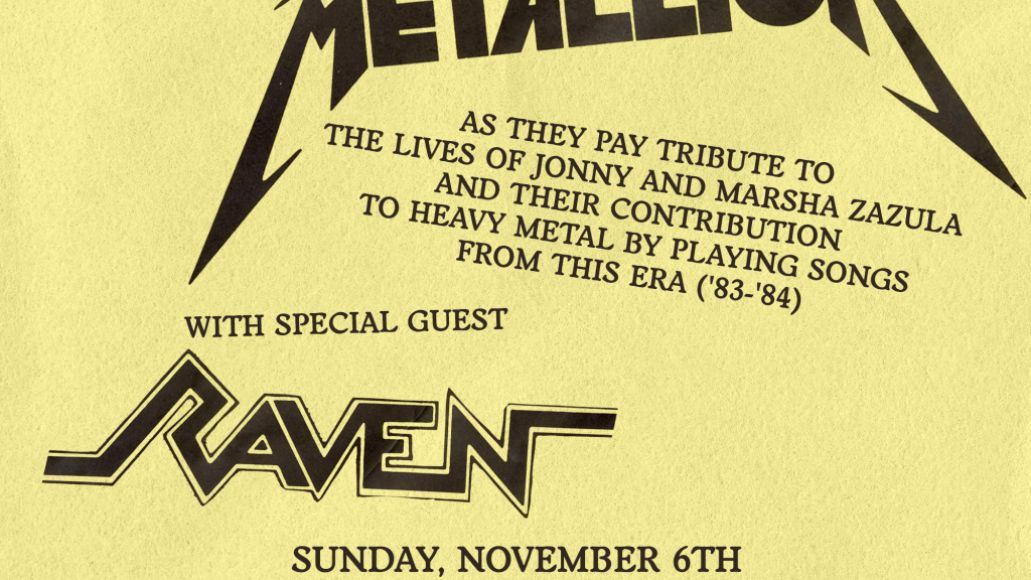