Mount Kimbie are back in a big way, as they’ve shared a whopping four new singles under the banner MK 3.5. Take a listen to the tracks below.

“in your eyes (feat. slowthai and Danny Brown)” melds moody piano with slowthai’s impassioned flow, while “a deities encore (feat. Liv.e)” keeps up the same ethereal vibe as the Dallas artist croons, “Just like you brought the fire, I’ll make sure I bring the rain.” On the other hand, Campos’ tracks pick up the pace. Both are instrumental numbers, but while “Quartz” rumbles with an old-school drum machine loop, “Q” marches along with shaky, bubbling percussion. Listen to Mount Kimbie’s MK 3.5 below. 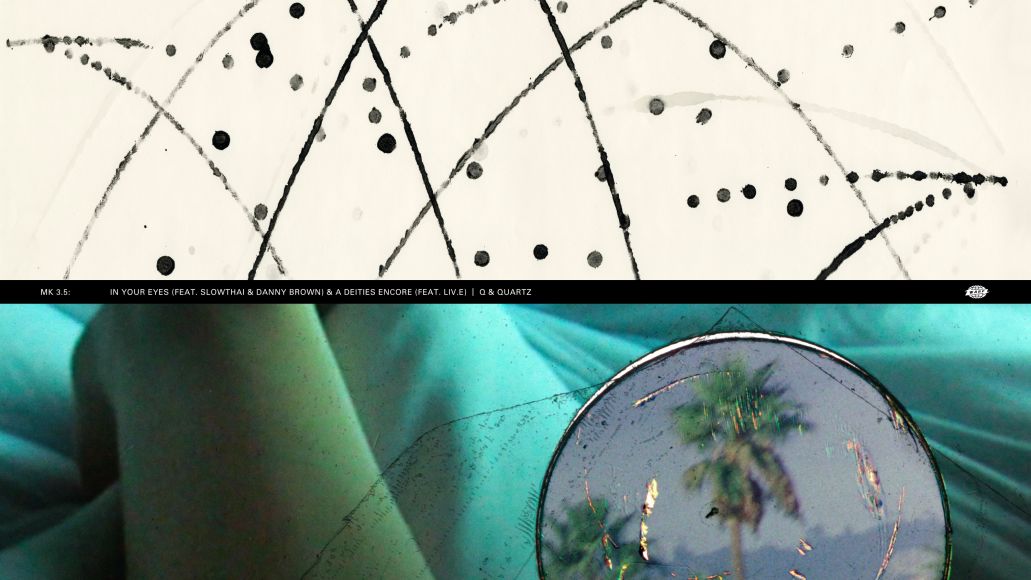