At long last, Pink Floyd’s reissue of 1977’s Animals has become a reality. The long-in-the-works Animals 2018 Remix is out today after a four-year delay. Stream it below.

While the reissue doesn’t contain any bonus tracks or new material, it’s been remastered in 5.1 Stereo Sound by sound engineer James Guthrie, who finished the project, as the title suggests, back in 2018.

However, since then, the album has been stuck in pre-release purgatory over, of all things, its liner notes after Pink Floyd bassist Roger Waters and guitarist David Gilmour couldn’t settle a feud over the issue. Waters singlehandedly wrote the bulk of the five-song studio set, with the exception of “Dogs” — which was co-written with Gilmour.

“These mixes have languished unreleased because of a dispute over some sleeve notes that [journalist] Mark Blake has written for this new release,” Waters said back in June 2021. “Gilmour has vetoed the release of the album unless these liner notes are removed. He does not dispute the veracity of the history described in Mark’s notes, but he wants that history to remain secret.”

The bassist ultimately uploaded the controversial liner notes in question to his own personal website last year, and it’s unknown whether they made the final cut for the reissue, which will contain a 32-page booklet of never-before-seen photos from the era.

Ahead of its release, we spoke to drummer Nick Mason about the behind the scenes drama over the reissue and the overall legacy of Animals. You can read the conversation here.

Animals 2018 Remix is also available on CD, vinyl, Blu-ray, and SACD. Check out the updated album art and tracklist below.

Pink Floyd also recently joined TikTok and released their first new song — titled “Hey, Hey Rise Up!” — in nearly 30 years to support the country of Ukraine in its fight against Russian invasion. 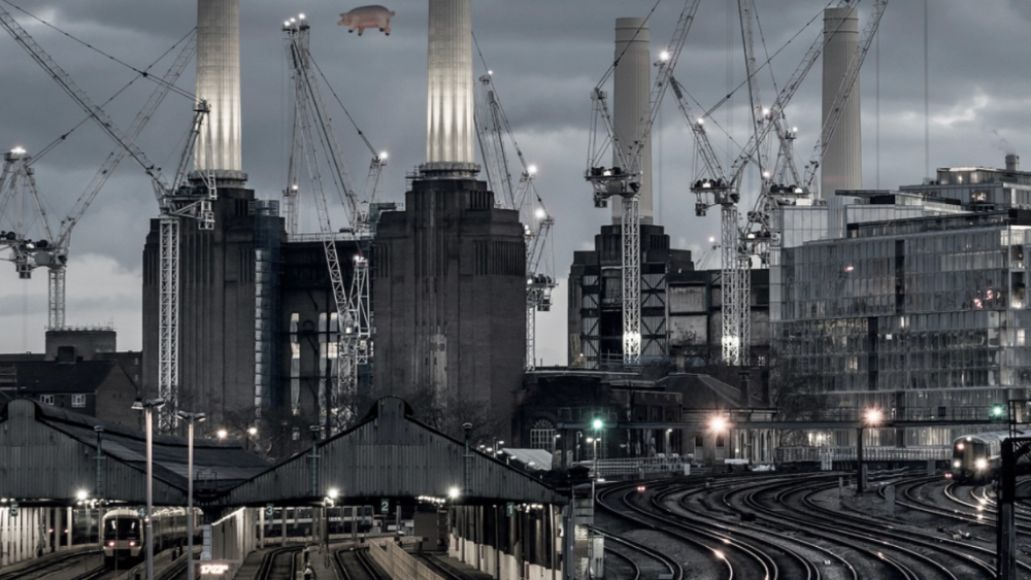