Post Malone is in the hospital after experiencing a “stabbing pain” on the right side of his body. The injury appears related to the fall he took on stage during a concert in St. Louis last week.

As a result, Post Malone has postponed his concert scheduled to take place in Boston on Saturday night.

Post Malone initially injured himself after he tripped into an uncovered hole that had been used to lower equipment below the stage. He landed on his ribcage and laid on the stage for several minutes as medics attended to him. The rapper was eventually able to stand up and walk off the stage with assistance. After a brief pause, he returned to the stage to finish the concert, and his tour had continued as scheduled until this evening.

Consequence has reached out to Post Malone’s representatives for additional information. 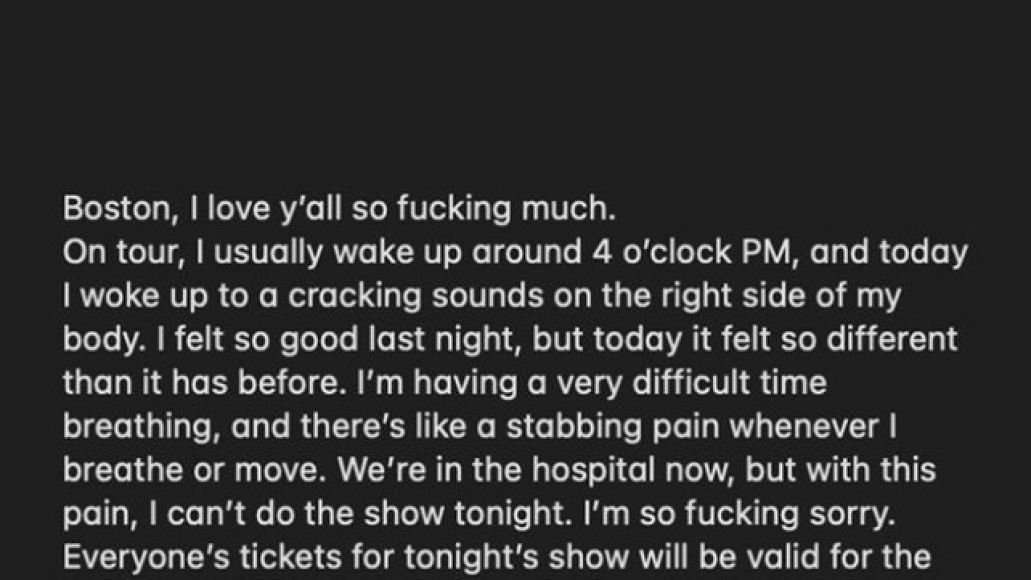