The Pitch: A reboot is considered to be a death knell in the current entertainment landscape, a clear indicator of a risk-averse industry out of original ideas and desperate to recycle old ones to save themselves from major financial loss. Most reboots simply pander and rehash their concepts in order to satisfy their fanbases. Once in a blue moon, though, resurrecting a piece of intellectual property can actually lead to something subversive, a chance to fix poorly aged elements or find fresh, new stories to share with contemporary audiences.

Enter young indie filmmaker Hannah Gilman (Rachel Bloom), who wants to reboot the (fictional) 2000s multicam sitcom Step Right Up for Hulu. Instead of repeating all the original’s broad, Full House-inflected humor, however, Hannah envisions the new series as edgier and more grounded, an idea that excites the Hulu executives who are hungry for a breakout hit.

Her pitch couldn’t come at a more opportune time for the Step Right Up ensemble. The show’s Yale alum lead Reed Sterling (Keegan Michael-Key) has been struggling to break into the film world, auditioning for stereotypical roles that don’t service his talents or ambitions at all. His former castmate and ex-girlfriend Bree Jensen (Judy Greer) did a brief stint on a sci-fi cable show before marrying a Nordic duke.

Their other castmate Clay Barber (Johnny Knoxville) ventured into provocative stand-up routines amid criminal charges for drunk and disorderly conduct. Kid actor Zack Jackson (Calum Worthy) is the only one who seems to have left the show unscathed, all grown up and starring in a string of direct-to-video teen-centric movies.

Reviving Step Up Right provides the perfect window of opportunity for each of the cast members to get a little career boost. But once they return to the studio lot, new conflicts emerge just as quickly as old ones do.

Things become even stickier when the show’s original curmudgeonly showrunner Gordon (Paul Reiser) assumes control, his antiquated comedic ideology conflicting with Hannah’s more nuanced reimagining. Despite their squabbles, Hannah and Gordon learn to work together to bring this beloved production back to life as their cast and crew attempt to amend their own past mistakes and avoid falling back into regressive habits.

Take It From the Top: A Hollywood satire about reboot culture seems like an ace in the hole. Reboots frequently get joked about online or even occasionally referenced in reboots themselves, like in this year’s Scream sequel and Chip ‘n’ Dale: Rescue Rangers. But rarely has the subject of the reboot itself been explored in depth, how it’s conquered so much of the content we consume and the specific difficulty of fitting traditional ideas of storytelling into a more modern, evolved template.

In the same way that reboots frequently stick to formula, today’s satires have a tendency to be contradictory and self-satisfied in their messaging, often reinforcing or misunderstanding the very thing they’re trying to critique. Although the satirical humor in Hulu’s Reboot is hit or miss, the series has a lot going for it, namely a narratively promising premise anchored by a slew of committed performances from a stellar cast. 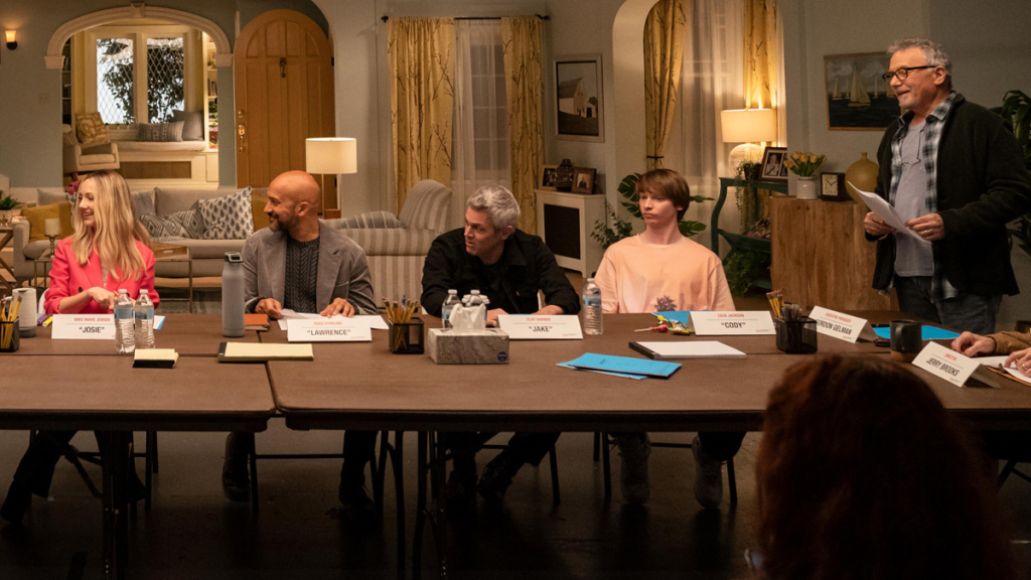