Show Me the Body have announced their third album, Trouble the Water, arriving October 28th. The NYC post-hardcore trio also offered up another single, “We Came to Play.”

This track foregoes some of the noise elements heard on lead single “Loose Talk” and heads straight for the slamming riffs and breakdowns. Julian Cashwan Pratt spits vitriolic verses over the mosh-inducing rhythms, and it all wraps up in under three minutes without a second wasted. Fans who caught the band on its recent tour should recognize this banger.

The contrast between “Loose Talk” and “We Came to Play” is deliberate, with the press release revealing that Trouble the Water is “buoyed by moments of stinging stillness and compulsive, almost optimistic, malfunctioning rhythms.”

The album also references New York City and “pays homage to the physical city, and the New York Sound: not one particular genre, but the people and subcultures that encapsulate its true foundation, style, and spirit.” Appropriately, the LP’s 12 songs were recorded close to home in Long Island City with producer Arthur Rizk (Power Trip, Turnstile).

Show Me the Body Frontman Shoves Selfie-Taking Fan Off Stage into a Stack of Speakers: Watch

Although Show Me the Body wrapped up their North American tour last month, you can still catch them performing at Desert Daze (October 10th) in Perris, California, and at Nothing Fest IV (October 16th) in Garden Grove, California. They’ll then head overseas for a European tour.

You can pre-order Show Me the Body’s new album Trouble the Water via Loma Vista Recordings. Watch the visualizer for “We Came to Play” and see the album art and tracklist below. 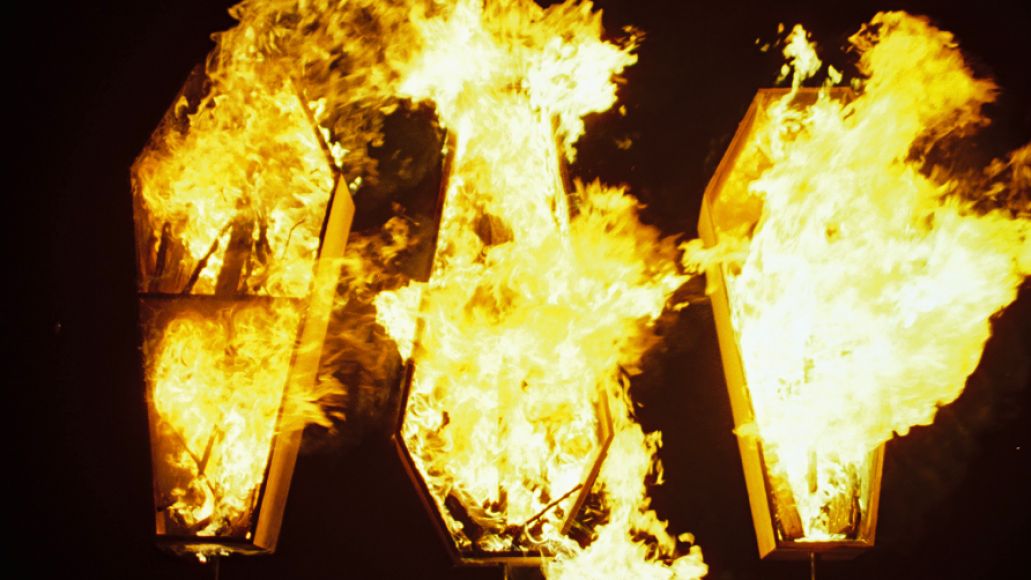