It’s hard out there for live music right now. Between the “post-pandemic” rush to get back on the road gobbling up venue space, artists canceling tours for reasons ranging from mental health to finances, and festivals struggling to stand out in a decaying market, it feels like we’re smack dab in the middle of a “too much of a good thing” moment. But of course, everyone from artists to fans still want to be in a crowd of people watching great performers. So when news comes of a fresh, comparatively smaller festival like Sound on Sound entering the landscape, of course there’s excitement.

Coming from the same folks behind New York’s Governors Ball, Sound on Sound felt like a sure-shot. A two-day festival with no overlapping sets read like an easy-going experience toplined by some great talent. Stevie Nicks? Say no more, I’m sold. Add in The National, Brandi Carlile, The Roots, Father John Misty, Zach Bryan, and even Dave Matthews & Tim Reynolds, and you’ve got a hell of a bill. Then plop it down on the Long Island Sound in late September, all but ensuring comfortable, cool weather — man, that’s a weekend I wanna have!

Unfortunately, as we’ve repeatedly learned in the last few years, the best laid plans often get thrust right up against reality. In its inaugural year, Sound on Sound fest faced a handful of issues both within and out of their control — from crowd capacity issues to inclement weather. To their great credit, festival organizers were able to adapt and ensure things went as smoothly as possible, showing great improvements between days one and two. Indeed, Sound on Sound was most certainly not a failure, and from a music perspective, it was most definitely a success. If they can tighten some loose screws and continue to book lineups like they did in 2022, there’s surely a future for this Connecticut festival.

Besides, what’s a festival without the performers? Set up within Bridgeport’s Seaside Park were two side-by-side stages hosting alternating acts, allowing a constant flow of music. Being able to go from Jenny Lewis to Band of Horses in the mid-afternoon slots is the kind of early one-two hit that will make any indie fan happy. Then going immediately into The Revivalists and Caamp back-to-back gave the folk rock crowd plenty to cheer about. The Roots’ relentless energy during a midday Sunday drizzle leading into Gary Clark Jr.’s burning hot blues rock was a brilliant bit of sunset scheduling. 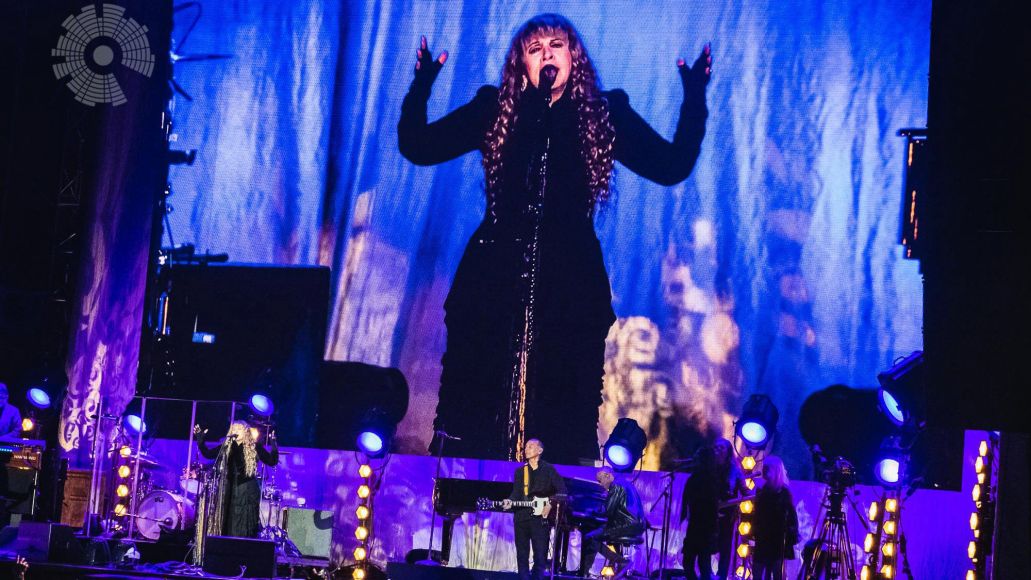 And then of course there were the headliners. Stevie Nicks is a being of magic up on that stage, barely doing more than a few slow spins and playing with the frills on her mic stand, but remaining utterly captivating. If you get to hear her sing “Dreams,” “Edge of Seventeen,” or her “Free Fallin'” cover, you’re just never going to forget it. Father John Misty and Brandi Carlile may have technically been “sub-headliners” based on their lineup placement, but both delivered weekend highlights, the former playing with steely-eyed ferocity, the latter bringing familial vibes to the capacity crowd.