The Black Dahlia Murder will continue as a band following the death of frontman Trevor Strnad earlier this year.

The news comes alongside the announcement of the band’s first show since his passing, an October 28th gig in Detroit with Darkest Hour and Plague Years. The concert will be held at Saint Andrew’s Hall and is being billed as a “celebration of the life and legacy of Trevor Strnad.” Ticket pre-sales begin tomorrow (September 15th) at 10 a.m. ET and general on-sale begins Friday (September 16th) at 10 a.m. ET. You can purchase tickets via Ticketmaster.

Founding member Brian Eschbach will move from his longtime role as guitarist to take Strnad’s place as lead vocalist. Meanwhile, former BDM guitarist Ryan Knight will rejoin the band, having been a member from 2008 to 2016. The press release stresses that the decision to continue without Strnad “wasn’t made lightly.”

“We spent many days thinking things like, ‘Is this over?'” Eschbach told Decibel in an exclusive interview revealing the band’s plans. “None of us wanted it to be over. We still feel like there is a lot left to do. I know Trevor would keep this band going if I went down a deep, dark path and weren’t here. It’s bigger than us.”

He continued: “When we finally started talking about it, we thought, ‘Let’s remake it from within and see if Ryan wants to return. And I’ll take a crack on the vocals and see how it goes.’ I can’t go out there and do Trevor’s voice or try to be him. I can only execute the music of the Black Dahlia Murder with respect and try to do it the most justice I can. I’ve heard Trevor perform more than anyone else alive.”

You can see the flier for the upcoming Detroit show below. Get tickets here. 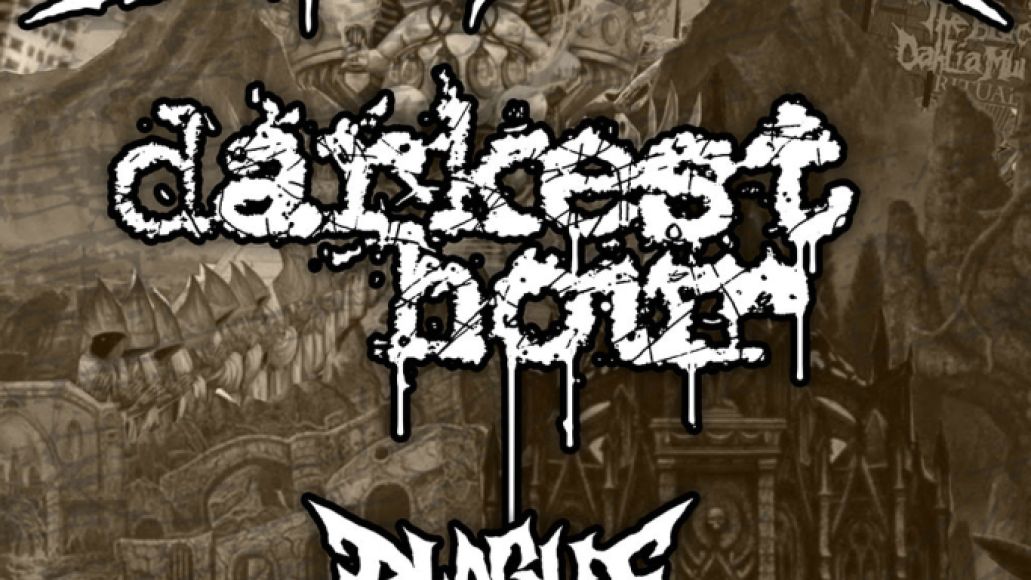