The Pitch: Based on the 100% true story of comedian/musician/renegade polka king’s rapid rise to superstardom, Weird: The Al Yankovic Story is an “unflinching” look at “Weird” Al Yankovic’s chaotic life.

From his childhood as a closeted accordion player, to his brief flirtation with the hot underground polka scene, to his excessive rock and roll lifestyle to his artistic struggles, to his tumultuous romance for the ages with Madonna, and his deadly feud with a legendary drug lord, writer/director Eric Appel and co-writer Al Yankovic pull no punches. This is as real and serious as it gets.

Generic Blues: A fake biopic of “Weird” Al Yankovic is most likely a foolproof formula. How wrong can you possibly go with a series of goofy and outlandish scenarios executed in a general Weird Al tone? But Weird ups the stakes by applying Yankovic’s classic parody style—“to make up new words to a song that already exists” as Al and everyone around him earnestly describes the process multiple times throughout the film—to the Oscar-bait biopic.

All of the usual Big Moments are there: The misunderstood childhood with the disapproving parents and the longing for something more. The adolescent rebellion and early flirtations with freedom. The creative process struggles and moments of epiphany. The meteoric success. The booze, sex, and drugs, and finding out fame might not be all it’s cracked up to be. The big speeches and impassioned declarations. The reconnections and new understandings. There where-are-they-now text over the final scene. And they’ve all been turned on their head to the point of gleeful absurdity.

Young Al dreams of putting his own lyrics to other people’s songs and sings a stirring rendition of “Amazing Grapes” at the dinner table, but it’s lost on his parents, who tell him that ithey think “it would be for the best if you just stop being who you are and doing the things you love.” 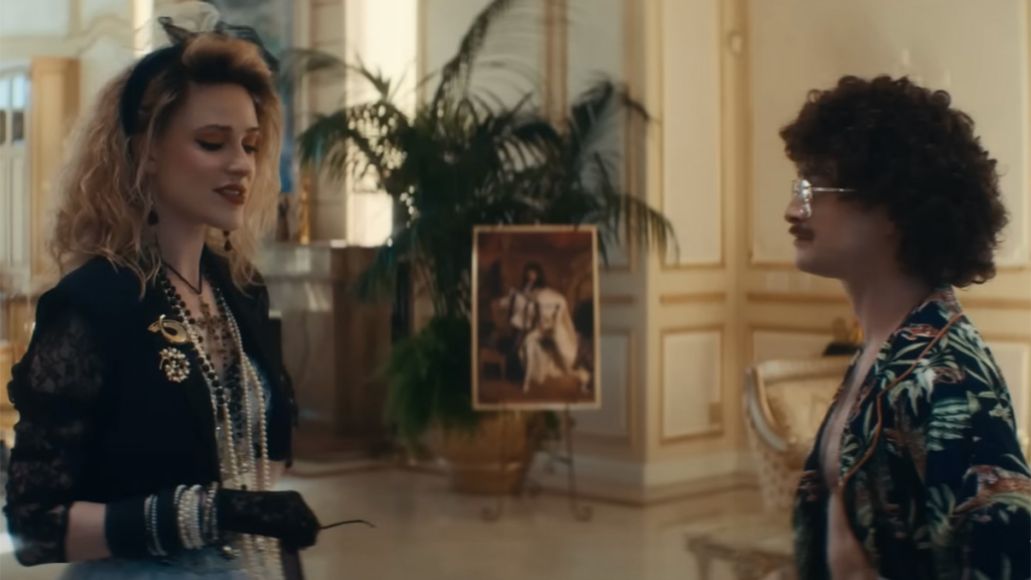 Weird: The Al Yankovic Story Shines Thanks to a Deadpan Daniel Radcliffe: Review