The Pitch: When Robert “B” Berchtold (Jake Lacy) moves with his family to a quaint, peaceful town in rural Idaho, he becomes an instant hit with the Broberg family. The Berchtolds and the Brobergs instantly become inseparable: they vacation together, dine together, and attend the Church of the Jesus Christ of Latter-day Saints together. The catch? B has a secret sexual obsession with the Brobergs’ eldest daughter, pre-pubescent Jan (Hendrix Yancey/McKenna Grace).

Despite his charming, charismatic goody-two-shoes persona, B can only keep his infatuation hidden for so long. Based on the grisly true story that yielded the popular 2017 Netflix documentary Abducted in Plain Sight, A Friend of the Family sees B’s fixation on Jan spiral out of control, resulting in a whirlwind of abuse, deception, delusion, and trickery over the course of multiple years and nine remarkably tense episodes.

A Family Matter: If A Friend has anything going for it, it’s its stranger-than-fiction story, which is notable particularly for its unfettered unpredictability. While a majority of true-crime stories that yield on-screen adaptations follow a mostly predictable format — bad guy comes into town, bad guy does some bad stuff, good guy tries to stop the bad guy — A Friend takes the format to which audiences have grown so accustomed and turns it on its head.

Much of the show’s unconventionality comes from its characters. Jan’s parents, Bob (Colin Hanks) and Mary Ann (Anna Paquin), are a steady, God-fearing couple straight out of a Norman Rockwell painting. But when faced with major adversity in the form of B, they are anything but predictable. Indeed, they often act in ways that are so bizarre that any audience member is guaranteed to forget that most of this actually happened.

Of course, Bob and Mary Ann’s transgressions will be better experienced by the viewer first-hand, but to offer a taste of what’s to come: The couple waits for over two days before reporting Jan missing after B snatches her from under their roof. And spoiler alert: their behavior only gets more bizarre from that point onward.

Performances to Remember: Bob and Mary Ann’s actions are so outlandish at times that they require the actors to stick the landing on their performances, or else the story would be in danger of slipping from the realm of the shocking to the realm of the far-fetched. Luckily, A Friend’s Hanks and Paquin boast two of the finest performances of the year. 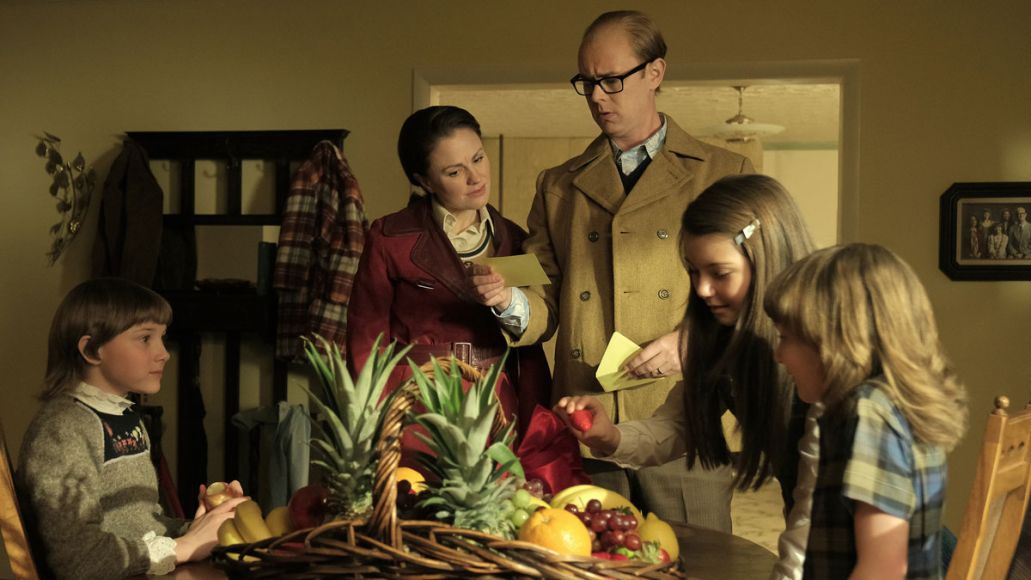 A Friend of the Family (Peacock)